NEMA Receives Another Set Of Stranded Nigerians From Libya 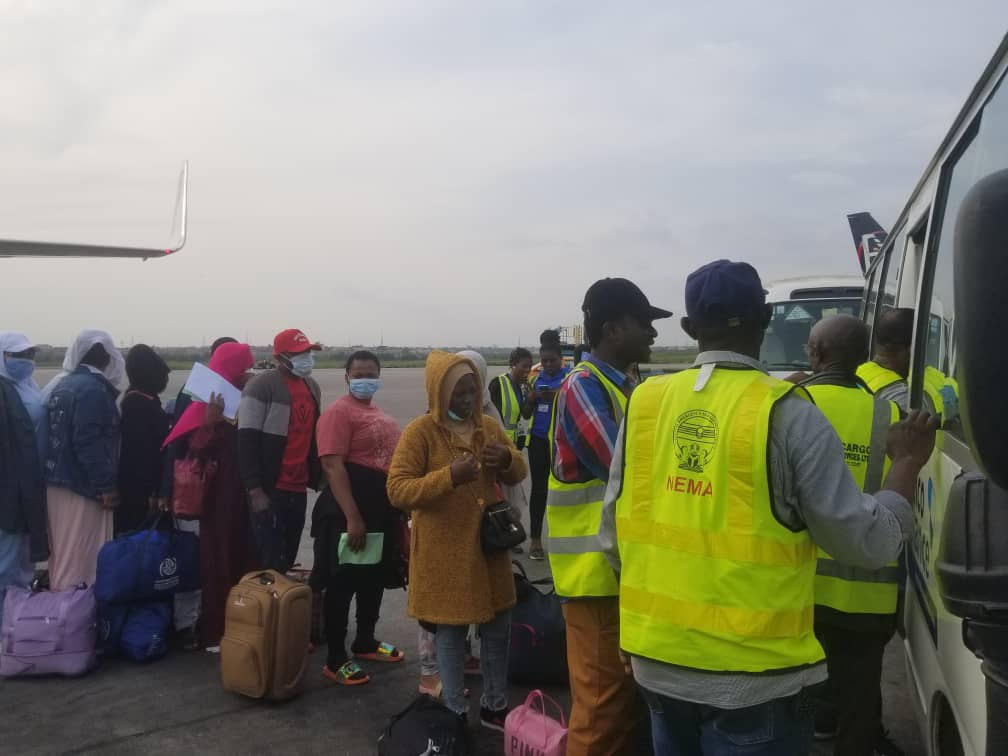 NEMA has received another batch of 259 stranded Nigerians from Libya.

The Director General of the Agency, Alhaji Mustapha Habib Ahmed received the distressed Returnees on arrival at the Cargo Wing of the Murtala Muhammad International Airport, Ikeja.
The Al Buraq Air Boeing 737-800 with registration number 5A-DMG arrived the airport late yesterday.
Upon profiling of the Returnees, the numbers of female adults was 62 including a medical case, female children was 12 and 5 infant females.
The number of adult males was 64 with 7 male children and 9 infant males making a total of 159 altogether.
The Director General was represented by the Lagos Territorial Office Coordinator, Ibrahim Farinloye.