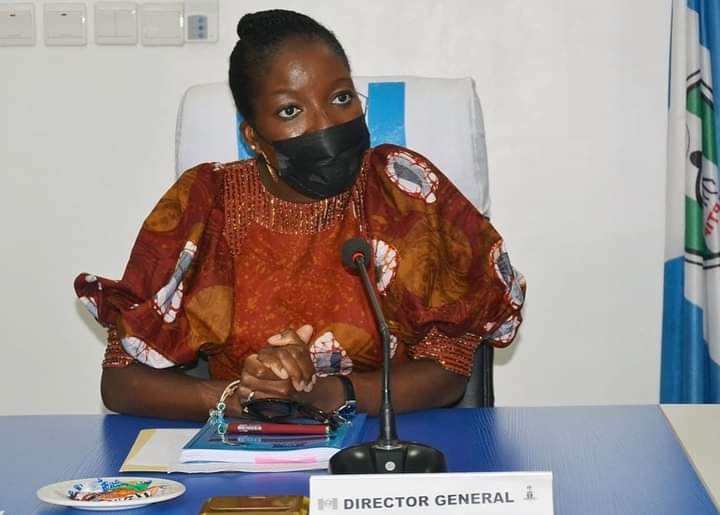 Dr Fatima Waziri-Azi, the new Director-General of  the National Agency for the Prohibition of Trafficking in Persons (NAPTIP) has vowed to go after high profile human traffickers in the country.
This is contained in a statement signed by Mr Vincent Adekoye, for the Head, Press and Public Relations unit of the agency in Abuja on Tuesday.
Waziri-Azi made this known shortly after taking over as the new Director General from Sen. Basheer Muhammed.
She said NAPTIP uner her watch will spare any offender.
”NAPTIP will redesign its operational strategies and embrace the involvement of wide spectrum of stakeholders in the fight against human trafficking in the country,” she said.
Waziri-Azi lauded Management and Officers of the Agency for its modest achievements in the areas of arrest, rescue, prosecution and awareness creation.
She said that the negative narrative about Nigeria as a source, transit and destination for human trafficking must be changed.
She stated that, “ I am not here as your Director-General to rock the boat, rather I am here to join hands with you and ensure effective coordination of the fight against human trafficking in the country.
“We all must re-strategise and change the negative perception and narratives about Nigeria as the source, transit and destination for human trafficking.
“Under my stewardship, we shall increase our effort and ensure arrest and prosecution of high profile individuals involve in human trafficking, domestic violence and other related offence.
“We must go after the heads of those trafficking syndicates and root them out of Nigeria. We will follow the money that are classified as proceed of those illicit trade and bring all the culprits to book.
The director-general listed her priority to include rapid response and prosecution of all cases of human trafficking especially those classified as “High profile Cases.
Others she said were full implementation of provisions of the Violence Against Persons Prohibition (VAAP) Acts.
She said that the implementation was to enhanced coordination of all Departments and Unit for efficient service delivery, increased strategic partnership as well as enhanced awareness creation.
Responding, the outgone Director-General, Muhammed outlined his visions when he resumed as NAPTIP boss on June 18.
Part of the agenda outlined by the former director-general, he said, is the expansion of the existing sheltering facility in order to accommodate large number of victims.
The News Agency of Nigeria (NAN) reports that Waziri-Azi was appointed  by President Muhammadu Buhari on Sept. 8.
NAN also reports that Waziri-Azi is the seventh director-general of the agency since it was created in July 2003 by President Olusegun Obasanjo government. (NAN)

Cholera kills 46 Nigerians in one week