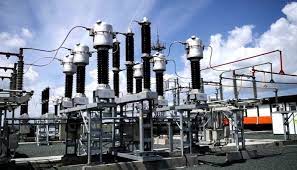 Nigeria is set to advance in power generation following a fresh model that would support and enable energy developers to provide improved electricity services in Nigeria.

This follows a report by RMI that points to a new Renewable Embedded Generation (REG) business initiative.

The unlocking Renewable Embedded Generation in Nigeria, report is based on a feasibility study supported by a grant from the UK Partnering for Accelerated Climate Transitions Program (UK PACT).

The report posits embedded generation could give Nigerian electricity distribution companies (Discos) a way to improve their supply of electricity to customers without relying on the problematic national grid and at the same time maintain control of their franchise area.

Unlocking Renewable Embedded Generation in Nigeria will be of particular interest to Discos which struggle to take advantage of embedded generation in Nigeria. This is mostly because of concerns around their ability to pay for electricity purchased.

“As donors, investors and governments increasingly seek to align their investment portfolios with net-zero targets, we strongly encourage them to support integration and scaling of renewable energies into the grid through this model,” said Babamanu.

Lion’s Head Global Partners (LHGP) assisted RMI by establishing investor needs and how to structure the business model to ensure investors were comfortable with the framework. They also helped facilitate workshops and reviewed key inputs for the financial modelling.

“In addition, Lion’s Head also engaged and cultivated relationships with key financial sector stakeholders as well as obtained agreement/alignment with the business model to ensure the successful delivery of the project,” said Shah.

Using the REG business model, the Disco would be responsible for initiating a project by way of identifying a site and collecting preliminary data. Then it has to procure a developer to execute the project, Shah explained.

“Partners and contractors can assist the Discos to do data collection for initial pilots, and ongoing capacity building will mean Discos have improved ability to collect data going forward,” she said.

The study suggests an adequate blend of solar PV, battery storage and thermal gas generation in the model increases electricity supply for all customers. It should also enable 24/7 reliable power to end users.

The REG business model has the potential to scale embedded generation and incorporate distributed energy resources into Nigeria’s grid to improve reliability.

Next up would be executing demonstration projects to showcase the REG business model. RMI has already identified pilot projects to implement in the next phase.

RMI expects proving the REG business model works will happen much faster than setting up their Commercial Undergrid Minigrids Project. This is because there is now more support and momentum for implementation.

“Embedded generation is not a completely new business model and there are some projects in operation, unlike the Undergrid Minigrid which was the first of its kind.

“In addition, since Mokoloki was developed, Discos have gained more experience with supporting DER projects, there are more investment funds available for clean energy DERs, and developers are more experienced so projects can move a little bit faster,” said Shah.

Though RMI have not yet researched the matter, she said there could be potential to adapt the business model to other countries.