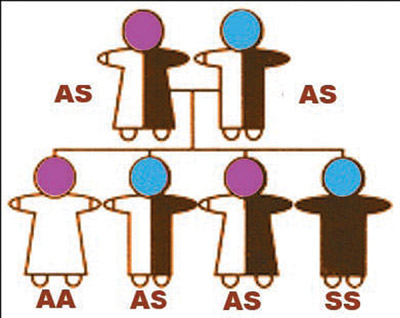 The Executive Director of PYDi, Dr Auwal Ahmad-Musa, said the organisation had secured funding from the European Union (EU), British Council and Agents for Citizen-Driven Transformation, for the exercise.

Ahmad-Musa noted that the activities would be conducted in three selected local government areas comprising Tambuwal, Wamakko and Gada, over a 12-month period.

“It was targeted at promoting preventive awareness on importance of conducting genotype tests and measures of handling sickle cell patients.

“The NGO will establish groups of Ambassadors, six in each of the selected local government areas to identify and offer support to sickle cell patients, beside sensitisations ” Ahmad-Musa said.

Inaugurating the exercise, the state Commissioner for Health, Dr Ali Inname, commended PYDi for its efforts and assured of the ministry’s partnership in recognition of the need to reach people at the grassroots.

He urged the group not to relent on the struggle and always include Primary Health Care (PHC) centres as platforms because they served as first contacts for the vast population as well as referral grounds to secondary and tertiary health institutions in the country.

Speaking at the event, the District Head of Gagi, Alhaji Sani Umar-Jabbi, underscored the importance of using traditional and religious institutions, as well as Mosques, Imams to preach and sensitise people during congregations, child naming and marriage ceremonies.

He said the peoples’ perceptions and understandings needed to be changed in term of the religious provisions on preventive measures to reoccurring diseases and consummating marriages, which was the pillar of producing healthy families.

The State Director, National Orientation Agency (NOA), Alhaji Maude Danchadi, pledged to partner with PYDi on promoting awareness as NOA had offices in all the 23 local government area of the state.

Dr Laraba Tambuwal from the World Health Organisation (WHO) and the Special Adviser to Gov Aminu Tambuwal on Women Education Board, Hajia A’isha Maina, called for more community engagement and attitudinal changes on disease prevalence as prevention was always better and cheaper than cure. (NAN)