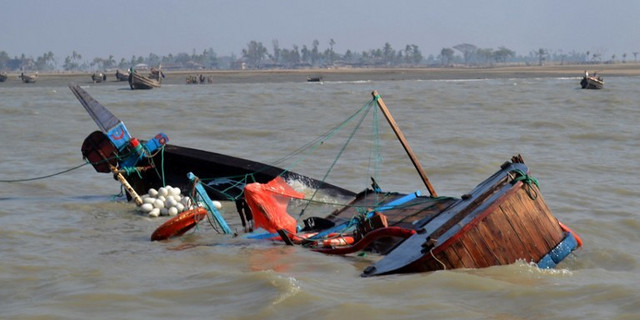 No fewer than 28 bodies have been recovered by divers from the scene of Saturday’s boat mishap in Tijana village of  Munya Local Government Area of Niger.

Mallam Ahmed Inga, the Director General, Niger State Emergency Management Agency, told newsmen in Minna on Sunday that the number of people on board was about 100.

According to him, 28 bodies have been recovered, 65 people rescued, while search for the remaining seven was ongoing.

The News Agency of Nigeria (NAN) recalls that a local boat carrying about 100 people, including women and children, capsized at about 6:00pm on Saturday, midway into its two hour journey.

The six-month old local boat capsized due to a heavy windstorm occasioned by the Saturday evening rain in the area.

The villagers were said to be returning from a local market in Zumba village of  Shiroro Local Government Area.

Meanwhile, Mallam Adamu Ahmed, the Sarkin Kasuwan Zumba, however, called for more support, especially in the area of logistics, to speed up the search operation.

“Some of the victims were going back to the village to go and get some food items and return to Zumba, where they were taking refuge as a result of bandits’ activities in their communities,” he said.

The victims, he said, were mostly Internally Displaced Persons from about seven communities, all in Munya local government area. (NAN)