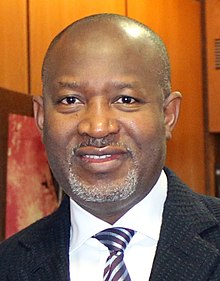 The Federal Government has signed the instruments of ratification of the bilateral air service agreement with four countries the Aviation Minister, Hadi Sarika has said.

The agreement will allow international commercial air transport service between these four countries.

The countries are United States, India, Morocco as well as Rwanda.

The Aviation Minister said, “I am glad to announce that Mr President, on behalf of Nigeria, has signed the instruments of ratification of the bilateral air service agreement between Nigeria and USA, India, Morocco as well as Rwanda.”

The document reveals the Air Transport Agreement between the Nigerian government and United States was signed in Abuja, Nigeria, on August, 26 2000, while that of India was signed on January 14 2019, Rwanda was signed on March 26 2018, while the agreement with Morocco was signed on December 2, 2016.

The statement said, “It is provided in Article 18 that the Agreement shall apply provisionally upon signature and shall enter into force upon an exchange of diplomatic notes confirming that each Party has become a party to the general multilateral conventions concerning air transportation that are listed in paragraph 1 of Article 7 and that each Party has completed all necessary internal procedures

“I, President Muhammadu Buhari, have signed this Instrument of Ratification at Abuja on this 30th day of September in the year Two Thousand and Twenty.”