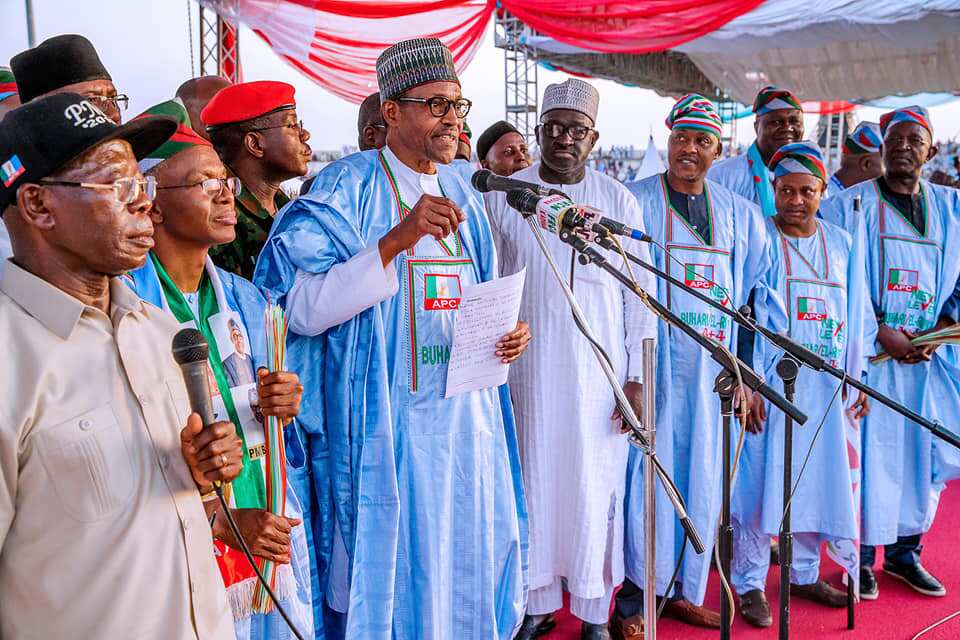 Nigeria Airways Ex-workers/Pensioners have endorsed the re-election of President Muhammadu Buhari, in appreciation of payment of their severance pay and pension by the Federal Government.

In a statement by their representatives, Lookman Animashaun an aircraft engineer and Mr. Sam Nzene, the Ex-workers and Pensioners who said they would roll out the drums at a mega rally in Lagos slated for Friday, February 8, 2019 to declare their support for PMB in the presidential election, which is nine days away . A similar rally will be held in Kano next week Tuesday

According to them, President Buhari is the man who has wiped away their tears after 14 years of neglect, humiliation and frustration by previous administration, which led to the death of over 800 of their members.

They lambasted past regimes, whose stock in trade was promises that were never kept, pointing out that President Buhari is a man who keeps to his words.

The statement explained that the rally is designed to show appreciation to Mr. President and his lieutenants including the Minister of State for Aviation, Senator Hadi Sirika, the Minister of Finance, Hajia Zainab Ahmed as well as their Permanent Secretaries and the administrative staff who took the bull by the horns.

They assured their members that that the Buhari administration will in no distant time pay the balance of their entitlements.

Succour came the way of over 3000 workers of liquidated Nigeria Airways as the Federal Government started settling the ex-worker late last year.

The struggles for the payment of the former Airways workers commenced 16 years ago after its liquidation during the administration of former President Olusegun Obasanjo.

While the former workers of the defunct national carrier in Europe and America were almost immediately paid off by the Obasanjo government for fear of running foul of the labour laws of the foreign countries, the former workers in Nigeria and Africa particularly those in Anglophone African countries were left in the cold.

Since the struggle started, over a thousand of the former workers had suffered to death with many others left in miserable situation.

Respite however came their way when President Buhari through the minister of State for Aviation, Hadi Sirika promised ensured that approval was given for the disbursement.

Following the promise, the Federal Executive Council led by President  Buhari towards the end of 2017 ordered the release of the N45 billion for their entitlements.