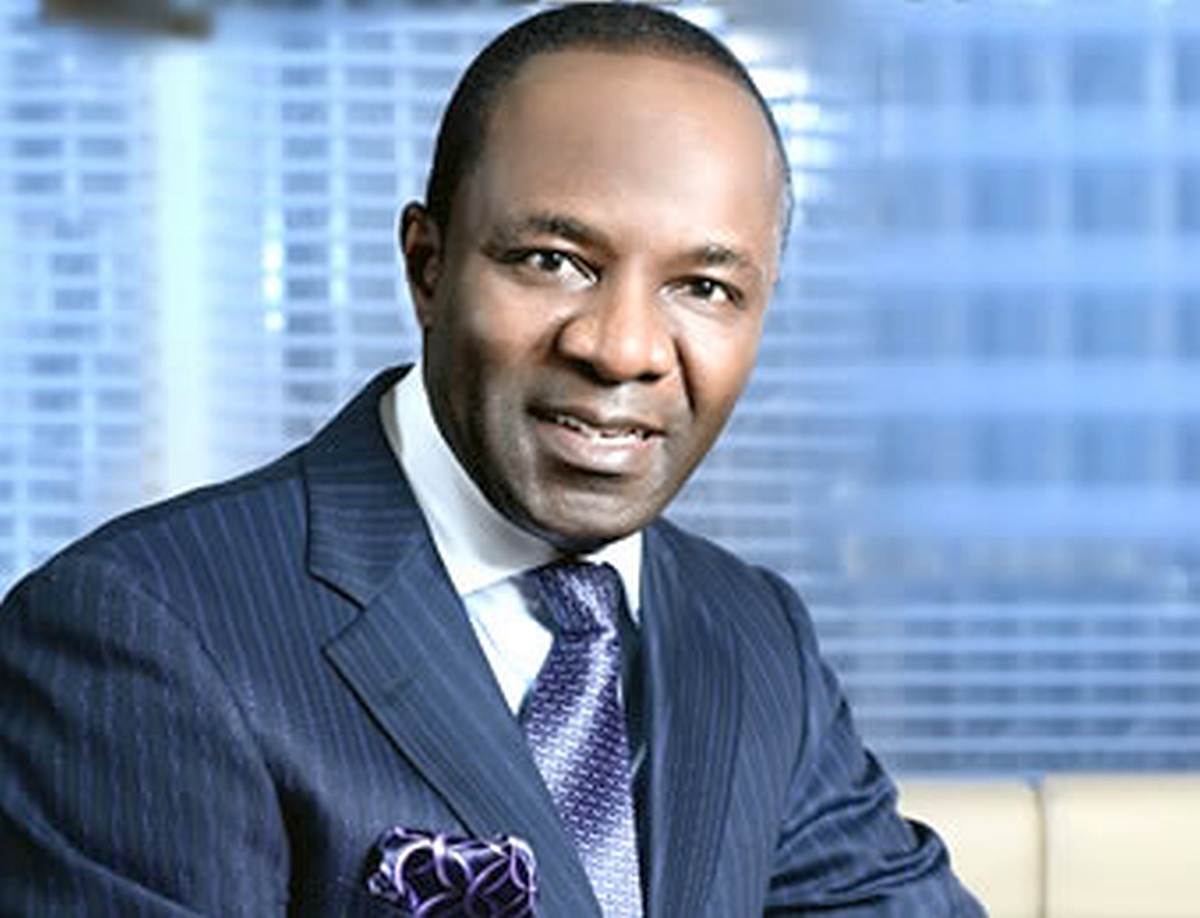 Nigeria and China on Tuesday began to put finishing touches to the multi-billion dollar oil deals both countries had initiated, and which will see Chinese firms invest heavily in Nigeria’s energy sector.
But while the terms in the business deals are being worked out, the firms have indicated that they would be requesting a sovereign guarantee from the Nigerian government to back their planned investment on pipeline construction.

To this end, a delegation of Chinese companies had a meeting with officials of the Nigerian government at the headquarters of the NNPC in Abuja.

The meeting, where the Memorandum of Understanding (MoU) for the oil deals was fine-tuned, followed the inauguration of an inter-ministerial implementation committee on Monday by the government to meet with the investors.

Present at the meeting yesterday were members of the committee comprising representatives from NNPC, Ministry of Finance, the Debt Management Office (DMO), Budget Office of the Federation, and Ministry of Power, Works and Housing, among others.
A representative of the Chinese delegation, Julie Zhu, in her presentation, highlighted some of the investments which the MoU will cover in 2017.

In the upstream sector, Zhu, confirming THISDAY’s exclusive report yesterday, said the China North Industries Corporation (NORINCO) would support Nigeria with an oil-backed loan of $5.5 billion to ramp up upstream oil production.
She said the CINDA consortium – made up of many leading Chinese state-owned companies – would invest in setting up one new gas central processing facility (CPF) at a cost that would be between $3 billion and $3.54 billion.

Zhu also stated that they plan to build a new petroleum pipeline that would run from Port Harcourt to Kano at the cost of between $4.3 billion and $5.4 billion.

The Chinese delegation however said funding for the pipeline would be covered by a sovereign guarantee, because of the risk of vandalism associated with Nigeria’s petroleum industry.

“In China, the media coverage of Nigeria is actually very negative. You have Boko Haram in the north and militancy in the south keeps coming up. Nobody is going to invest, lay a pipeline and the next day you bomb it, that is why Nigeria as a government will need to guarantee they can deal with those issues,” Zhu said.

She equally explained that the Chinese companies were proposing to invest in the construction of three power plants to be located in Abuja, Kaduna and Kano at the cost of between $3.6 billion and $4.5 billion.

According to her, they will revamp the country’s four refineries with $0.9 billion and $1.1 billion to get them working so that they can refine more oil.
Zhu, however, said that after revamping the refineries, there were plans to add petrochemical units to increase the profitability of their operations.
All these, Zhu said, would be done at the same time. “It has to be (done at the same time) because the power plants cannot work if you don’t have the pipeline. The pipeline will not work if you can’t process the gas,” she said.

But as the federal government seeks to woo Chinese investors to increase their stake in Nigeria’s oil and gas sector, it remained focused on ensuring that international oil companies (IOCs) were not left out, with President Muhammadu Buhari assuring them that the Federal Executive Council (FEC) will soon consider a proposal to settle the cash call arrears owed the government’s joint venture partners.

Over the years, the federal government has found it difficult to fund its share of cash call obligations for the joint venture oil assets, forcing the IOCs to fund the projects singlehandedly.

The government’s cash call arrears are estimated at $7 billion.

A statement issued by the president’s media aide, Mr. Garba Shehu, said Buhari spoke at the State House, Abuja‎ during a meeting with the Director, Global Upstream of Shell, Mr. Andrew Brown who met with the president yesterday.
The president also said that the security of oil infrastructure would continue to be prioritised side-by-side the dialogue with the stakeholder-communities in the Niger Delta.

He, however, urged oil companies to take more responsibility in the protection of oil installations to complement the efforts of Nigerian Navy in the region.
The president also restated the determination of his administration to restore the country to the “good old days of accountability”.

Buhari said he would leave a legacy of improved infrastructure, particularly in the power sector, and also ensure better security in the Niger Delta region.

“It is only by doing this that investor morale and confidence will return, and the economy will be positioned on the path of growth,” the president said.
Buhari, who commended Shell for its faith in the economy and staying power, assured his guest on some issues of concern raised by Shell.

In his remarks, Mr. Brown, informed the president of the resumption of oil exportation from the Forcados terminal following its restoration.
He called for continued protection by the Nigerian Navy, in view of repeated threats of attack by militants.

Brown commended the anti-corruption posture of the Buhari administration, as well as the efforts to streamline and stabilise the economy for long-term projects, saying all the efforts will go a long way to reinforce Shell’s investment plans in Nigeria.

No Plan to Increase Fuel Price
Meanwhile, NNPC has said there is no plan by the federal government to increase the price of petrol from its current N145 per litre.

NNPC was quick to make this clarification yesterday after its Group General Manager in charge of the Crude Oil Marketing Division, Mr. Mele Kyari, admitted on Monday that the current price was unsustainable due to the prevailing exchange rate.
He also said that under the current price regime, the subsidy element had crept back, but was categorical that the Buhari administration would not contemplate another hike in the price of the product.

Speaking on the issue yesterday, the Group General Manager, Public Affairs in NNPC, Mallam Garba Deen Muhammad, restated that there would be no need for the government to undertake an upward review of the price of petrol, because in its estimation, there was oversupply of the product in the country.

He also explained that in the wake of rising prices of crude oil in the international market, it had done long-term supply deals with suppliers to mitigate whatever price shock the development might bring on its downstream operations.

Muhammad also disclosed that a new regime that would allow petroleum marketers have more access to foreign exchange to aid fuel importation had been negotiated and taken off.
Although he refused to provide more clarity on the new FX arrangement, he said it was negotiated on the basis of complaints by the marketers, stressing that the arrangement was adequate for them.

“The statement was made within the context of technical terms and not downstream operations. But the bottom line is that there is absolutely no plan by government to increase fuel price above the N145 per litre maximum level,” said Muhammad.

He further said: “If there is going to be anything like that, the agency responsible for fixing price – the PPPRA – will definitely communicate to Nigerians and give reasons why that will happen, but as at this moment, there is absolutely no plan to do that and no need to do that because we have more than enough supply.

“We also have long-term procurement contracts with our suppliers and the usual reasons that would necessitate any review of the price at the moment have been well taken care of. We have long-term contracts and enough stock.”
On the new FX arrangement for marketers, Muhammad said: “They have been complaining and their complaints have been addressed adequately to their satisfaction.

“A new window has been opened to make adequate FX available to them for importation and they are satisfied with it. In fact, we are waiting for them to now deliver because we have fulfilled our own part of the bargain.
“Besides, we have a glut in the market, people have imported and are waiting for off-takers to buy their products to sell and it is the case in every part of the country.

“Discussions were held, negotiations were made within the committee that is making FX available to marketers including the CBN representatives and the marketers.

“The discussion started a few weeks ago and the window became effective two weeks ago. When people make complaints, you have to investigate and find solutions to the complaints.”
When asked if there was a subsidy element on petrol, Muhammad said: “There is no subsidy in the market now. What we were explaining is what the price modulation will do, we said it will make importation of petroleum products easier for everybody and the need to subsidise will not be there because prices will be determined by market forces.

“You buy and sell at prices that are acceptable to you. People sell at prices less than N145, and it is not magic but diligent pursuit of commonsense, and that is what has been responsible for the stability and we intend to maintain the momentum. There has been no shift in policy since the new management of NNPC took over.”