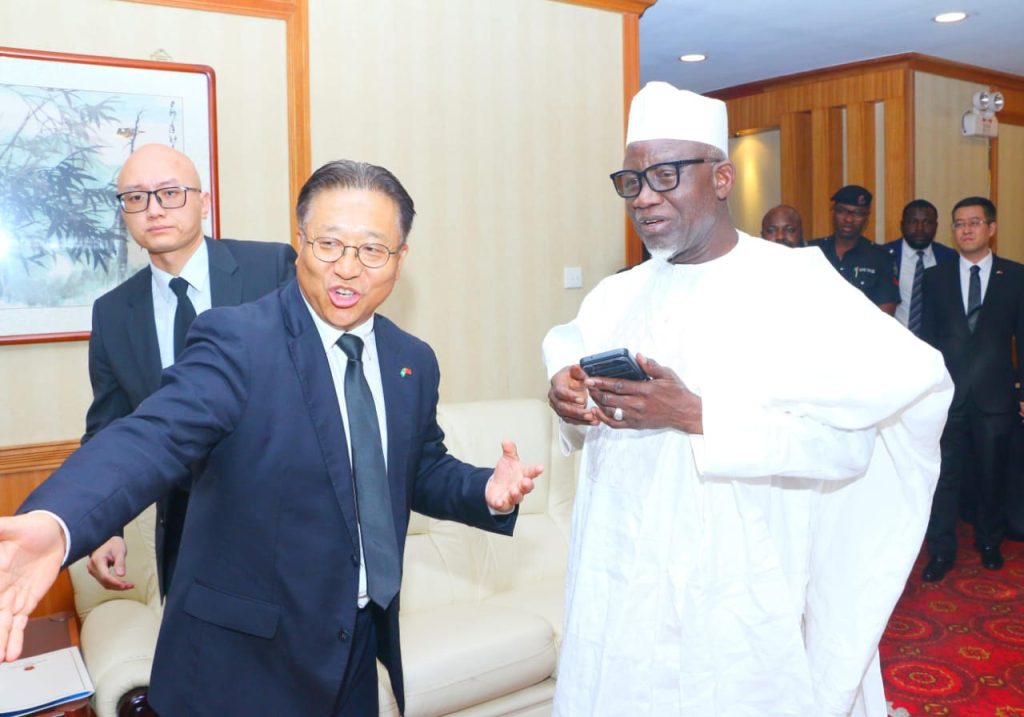 The Minister of Police Affairs, Dr. Muhammad Maigari Dingyadi has condoled with the people and government of China over the death of the country’s former President Mr. Jiang Zemin.

The Minister was at the Chinese Embassy in Abuja on Tuesday, December 6, 2022, where he described his death as a great loss to the people and government of China.

He said China has a great relationship with Nigeria and that China is doing a lot of development projects in Nigeria which has impacted positively on the economic growth of the country.

According to him, “I am here to condole with the government and good people of the Republic of China over the demise of the former President of China, His Excellency Mr. Jiang Zemin which occurred on 30th November 2022 at the age of 96 years. On behalf of the Ministry of Police Affairs and the entire Police family in Nigeria, please accept our sincere condolences”

Earlier, the Chinese Ambassador to Nigeria, H.E Mr.  Cui Jian Chun thanked the Honourable Minister for the visit and pointed out that, it is a great loss to the Chinese people and international community in view of Mr. Jiang Zemin’s contribution to China’s development.

He noted that China and Nigeria’s economic relationship continues to wax stronger which had facilitated tangible projects for both countries such as railways, seaports, ICT, and business opportunities.