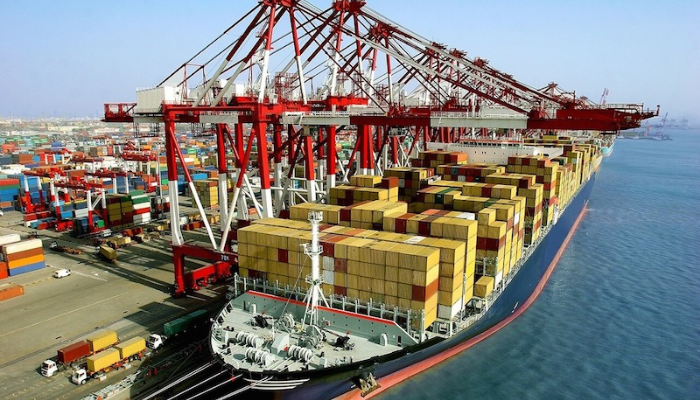 Nigeria has sought understanding of major insurance companies around the world and Lloyd of London to suspend collection of the War Risk Insurance premium on Nigerian bound cargoes.

Speaking at the graduation ceremony of the third batch of the Maritime Security Unit, Technicians and Mechanics of Unarmed Area Vehicles, Armoured Personnel Carriers of the Integrated National Security and Waterways Protection Infrastructure, also known as the Deep Blue Project, in Port Harcourt, Rivers State, the Director-General of the Nigerian Maritime Administration and Safety Agency (NIMASA), Dr Bashir Jamoh, said Nigeria has done so much to stamp out piracy on its territorial waters and the Gulf of Guinea.

According to him, Nigeria is deserving of the international insurance companies consideration of a removal of the war risk insurance from vessels and good destined for Nigeria.

He further disclosed that since inception of the deep blue project, Nigeria has maintained a zero pirate attack, adding that the two recent pirate incidents on the Nigerian waters were unsuccessful.

Jamoh, added that the imposition of the war risk insurance on all Nigerian bound cargoes was a deadly blow on the economy as its negative impact on cost of goods is felt by all sundry.

“Nigeria is an import dependent country, it is either what we consume is imported or the materials for making them are imported, therefore, such insurance premium which is a penalty for the insecurity we then had on our waters translated into high cost of goods in the market.

“I believe that once it is removed, though it is mostly difficult for anything that goes up to come down in Nigeria, but in this case, competition will definitely force the price of goods down. So, the international community will be reciprocating the achievement Nigeria has recorded in the fight against piracy using the innovative deep blue project. That is the message I am taking to the world,” Jamoh said.

He, however, stated that since the implementation of the project, no pirate attack has successfully taken place in Nigeria’s territorial waters.

Also speaking, the Minister of Transportation Engr. Mu’azu Sambo, affirmed the satisfaction of the Federal Government with the highly improved state of security in the Nigerian territorial waters since the commencement of the deep blue project, assuring that the government will sustain the programme.

He said, “An intelligence mapping of the activities of pirates and sea criminals revealed that most pirates and sea robbery attacks are planned on land, executed on land and the proceeds are also taken to the land.

“Therefore, the activities of the maritime security unit, especially their logistics which is made possible by the armoured personnel carriers’ technicians are very critical and indispensable in the entire deep blue architecture due to their role in dismantling the operational structures of these criminals,” Sambo said.

He praised the graduants for enduring the rigorous, saying all parties to this project are sincerely working hard to give it a good start. “This project, as you are aware, is the first of its kind and we are doing so many things for the first time as a civilian government agency working with military agencies.

“I wish to commend you for your endurance during the rigorous training activities and for the gallantry you have displayed from inception leading to your graduation and certification today in your respective areas of specialization.

“To the graduating personnel, as you will be subsequently deployed to various operational locations, I charge you to maintain a very high spirit in the discharge of your duties. On our part, we shall not drop our poise in ensuring all your welfare issues are expeditiously addressed,” the Minister assured