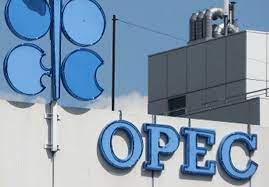 The OPEC, boosted supplies by 150,000 barrels a day, with Nigeria effectively providing the entire gain, according to a Bloomberg survey.

The Nigerian National Petroleum Company Limited, NNPCL, is calculating building on the progress.

However, data shows that even with December’s gains, which have bolstered Nigerian production to 1.35 million barrels a day, the country’s output is still barely half the level pumped a decade ago.

OPEC and its allies, a 23-nation bloc known as OPEC+, agreed to collectively reduce supplies by 2 million barrels a day from November, and then hold steady for the rest of this year.

While the decision initially drew concerns from the White House, it appears to have helped stabilize world markets against fears of recession in the US and a shaky economic reopening in China. Oil futures traded near $83 a barrel in London on Tuesday.

Outside of OPEC’s Middle East giants, other members are, like Nigeria, struggling with under-investment and operational disruptions.

Angola is showing particular signs of strain. As a result, the 10 OPEC nations bound by quotas are pumping about 650,000 barrels a day below their collective target.

Supplies from the wider OPEC+ coalition are set to come under pressure after further European Union sanctions came into force last month on member nation Russia, as punishment for its invasion of Ukraine.

A panel of ministers from the OPEC+ coalition will hold a monitoring meeting to review production policy on February 1.