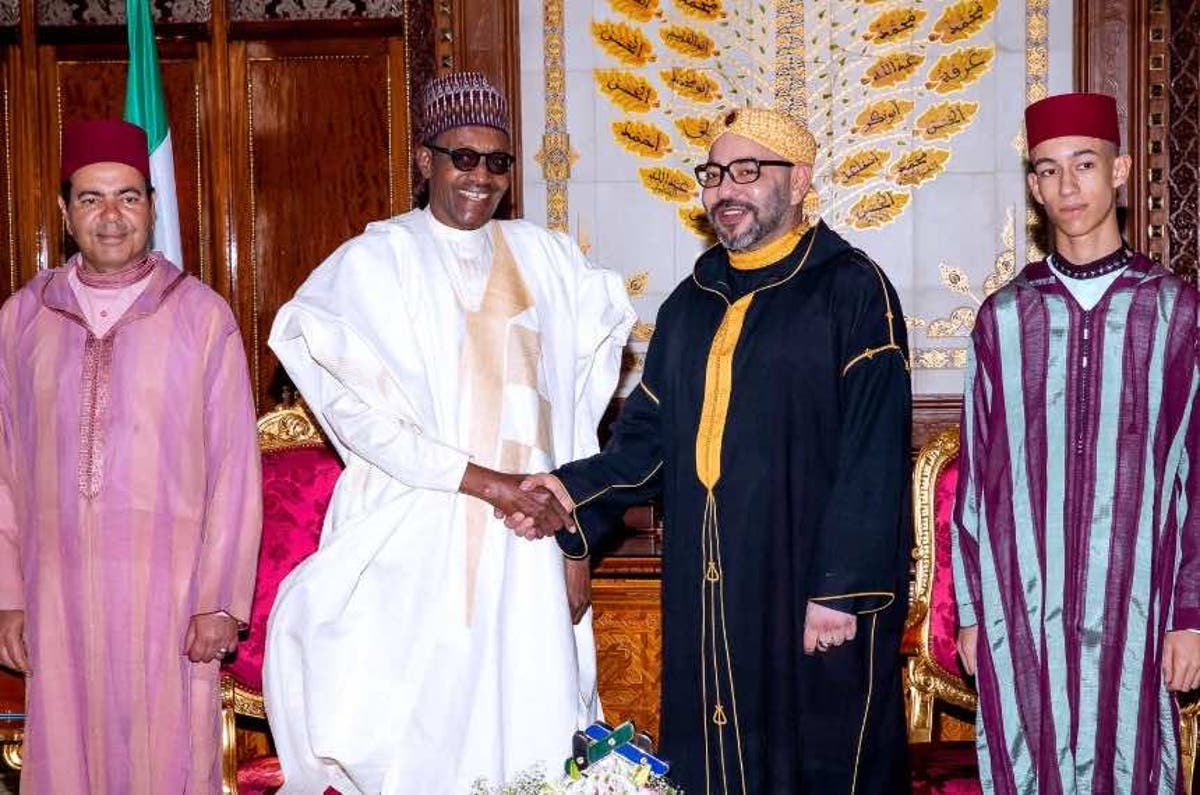 During a telephone conversation with King Mohammed VI on January 31, Nigerian President Muhammadu Buhari expressed his country’s determination to materialize, “as soon as possible,” the Nigeria-Morocco gas pipeline project.

The conversation between the two heads of state was a solid indicator that Nigeria, which was considering two similar projects — one with Morocco and another with Algeria has made up its mind about which project is best.

The project of the Nigeria-Morocco gas pipeline has been competing for a few years with the Nigeria-Algeria pipeline project, known as the Trans-Saharan pipeline.  From Morocco’s and Algeria’s perspectives, the contest was especially fierce because it is highly unlikely for Nigeria to materialize two projects with similar, even identical objectives.

While the Trans-Saharan pipeline came to the forefront several decades ago, the Nigeria-Morocco pipeline became the most prominent pan-African gas transport project in less than five years after it was initially proposed in late 2016.

Nigeria and Algeria first thought about creating the Trans-Saharan pipeline in the 1970s. A couple of decades later, in 2002, they signed the first Memorandum of Understanding relating to the project. Feasibility studies were completed in 2006 and an intergovernmental agreement between Nigeria, Niger, and Algeria was signed in 2009. Since then, however, the project has not made any progress.

Due to security concerns, Nigeria seemed rather unenthusiastic about the project over the past decade. The proposed route of the Trans-Saharan pipeline would have to go through northern Nigeria, Niger, and southern Algeria. The regions are known as a breeding ground for terrorist groups such as Al-Qaeda in the Islamic Maghreb and the Islamic State in West Africa, known as Boko Haram.

The project of the Nigeria-Morocco gas pipeline, meanwhile, has been progressing at a fast pace since it was proposed in December 2016. In less than five years, the project has reached the second phase of front-end engineering design.

In 2019, after Morocco’s National Office for Hydrocarbons and Mines (ONHYM) and the Nigerian National Petroleum Corporation (NNPC) ended their feasibility study, the Economic Community of West African States (ECOWAS) spoke positively of the project and expressed its readiness to assist its implementation. The economic bloc has, by contrast, never expressed similar support for the Trans-Saharan pipeline project.

For many observers, the Nigeria-Morocco pipeline has garnered international support because it would not only benefit the countries launching the project, but all the West African states located off the Atlantic coast.

While the Trans-Saharan pipeline would only benefit Nigeria, Algeria, and, to a lesser extent, Niger, the Nigeria-Morocco pipeline would supply Benin, Togo, Ghana, Cote d’Ivoire, Liberia, Sierra Leone, Guinea, Guinea-Bissau, The Gambia, Senegal, Mauritania, and Morocco, as well as Spain.

Benefiting a population of more than 300 million Africans, the Nigeria-Morocco pipeline would be a landmark project illustrating Morocco’s pan-African vision.

Political stability was another crucial ingredient in Nigeria’s choice of which pipeline project to pursue. For the large majority of those keeping a watchful eye on Africa’s political and security landscape, Morocco represents the most credible partner for Nigeria to launch a major, long-term project (Feasibility studies revealed the Morocco-Nigeria pipeline would be achieved over 25 years.)

Contrary to Algeria, Morocco enjoys an unmatched political stability in the region that allows it to launch and maintain visionary, long-term projects.

On the economic front, meanwhile, Nigeria has more to gain from a partnership with Morocco than one with Algeria.

Algeria has been largely unable to mitigate the socio-economic impacts of the COVID-19 pandemic. Hardly-hit by the unprecedented drop in oil and gas prices, the Algerian economy is struggling to address current challenges and meet the Algerian people’s expectations.

The lack of economic transparency from Algerian state institutions is also discouraging for international partners to launch joint projects with the North African country. For instance, the latest official unemployment rate released by Algeria’s National Statistics Office dates back to May 2019 The norm is to release updated figures every quarter.

Morocco, on the other hand, has been one of the countries that handled the COVID-19 crisis relatively well. The kingdom has also been completely transparent about its economic situation, updating official macroeconomic indicators on a regular basis.

Besides the gas pipeline project, partnerships between Morocco and Nigeria can easily be built on a win-win basis, thanks to the complementarity of their respective economies.

With agriculture representing over 21% of its gross domestic product, Nigeria can benefit from Morocco’s leading position as a fertilizer manufacturer to further boost its agricultural production.

Morocco’s phosphate company OCP Group, the largest phosphate exporter in the world, is already building a fertilizer production plant in southeastern Nigeria. Worth $1.3 billion, the factory is set to become operational in late 2023. After its inauguration, it will become a symbol of Moroccan-Nigerian economic cooperation.

All these factors played an essential role in President Buhari’s visible eagerness to launch the Morocco-Nigeria gas pipeline project.

If anything, the Nigerian president’s recent, warm comments about the improving Morocco-Nigeria ties stem  from a belief, perceptibly prevalent among West African leaders, that Morocco is a much better partner than Algeria. But they also indicate Nigeria’s resolve to put its pre-2016 tensions with Morocco behind, and to join forces with the kingdom to promote African prosperity.

Even more significant, Buhari’s determination to materialize “as soon as possible” the Morocco-Nigeria gas pipeline project also puts another nail in the coffin of Algeria’s hopes to sabotage Morocco’s pan-African vision.

With the Algerian regime having consistently failed in recent weeks to rally African states around its undisguised anti-Moroccan agenda, the country’s African aspirations hit yet another wall when President Buhari embraced the Morocco-Nigeria pipeline project.