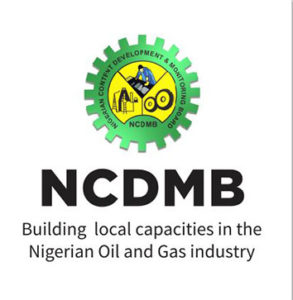 Mid-way into a 10-year Strategic Road Map for enhanced indigenous participation and utilisation of local assets in oil and gas operations, industry regulator Nigerian Content Development and Monitoring Board (NCDMB) has recorded a 54 per cent Nigerian content level in 2022

Presenting a status report at the 11th Practical Nigerian Content Workshop organised by the Board and DMG Nigeria Events at Uyo, Akwa Ibom State, the Executive Secretary NCDMB, Engr Simbi Kesiye Wabote explained that the average of Nigerian Content performance in the last five years is 44 per cent which represents the period the 10-year Nigerian Content Strategic Roadmap has been implemented so far.

He indicated that the performance in 2022 above is well above the 42 percentage target set by the Project Management Office (PMO), just like in 2021 when 42 per cent was achieved, above the target of 38 per cent.

He confirmed that the tracking of the performance is based on the Board’s monitoring and evaluation of Industry activities.

Strikingly, the technical capability development pillar of the Road Map stands out as a major highlight as fabrication and construction, hitherto under near-total dominance by foreign firms, had 99 per cent Nigerian content during the period under review.

He further disclosed that 77 out of 96 initiatives under the short- and medium-term  categories of the Road Map had been completed in November 2022.

He stated that manpower in the oil and gas industry had reached 81 per cent Nigerian content as of November, while project management as of that month was 80 per cent.

Zeroing in on year 2022, the Executive Secretary revealed that “performance was largely driven by the contracts awarded under the [Nigerian Liquefied Natural Gas] Train 7 Project.” Low points in accomplishment were in procurement, engineering and services, with Nigerian Content as unimpressive as 34, 46, and 50 per cent respectively. These, he assured, would be sufficiently addressed.

The Executive Secretary informed stakeholders that the Board has commenced the process of “allocation of serviced plots to manufacturers [of equipment components, spares, and tools required in petroleum industry operations] to kick start operations within our NOGAPS [Nigerian Oil and Gas Parks] industrial parks at Emeyal 1, Bayelsa State, and Odukpani in Cross River State,” assuring that “Construction work is also ongoing at the other NOGAPS parks in Akwa Ibom, Imo, Delta and Ondo States with Edo as the newest addition to the list.”

Wabote expressed the Board’s displeasure at the activities of indigenous oil and gas companies, which seek to undermine its effectiveness after they had benefitted from strategic interventions in funding and capacity building programmes of the organisation. He advised them to turn a new leaf and ensure compliance with regulations or face the consequences.

He commended the Group Managing Director of the Nigerian National Petroleum Company (NNPC) Limited, Malam Mele Kyari, who had to fly in from Rabat straight to the Conference in Uyo, for his commitment to NCDMB’s local content drive.

In his own remarks the NNPC boss assured the nation that the effort to deepen the utilisation of gas to drive industrialisation and economic development was very much on course.

While emphasising Nigeria’s interest in gas as energy transition fuel, he stated that “Gas provides the opportunity to power the global economy.”

Among several projects embarked upon by Government, he cited the multibillion dollar Nigeria-Morocco Trans Saharan Gas Pipeline, which had taken him to Morocco recently. Feedstock for the pipeline, he explained, would be from faraway Brass in Bayelsa State.

He further assured, “We will complete the OB-3 [East-West pipeline, with a projected capacity of two billion standard cubic feet] pipeline.”

In a welcome address, the Governor of Akwa Ibom State, Mr. Udom Emmanuel, expressed the joy of the people of the State for the opportunity to host the PNC for a second time.

Represented by the Deputy Governor, Mr. Moses Ekpo, he stated the desire of the State to be considered in plans for oil and gas producing states.