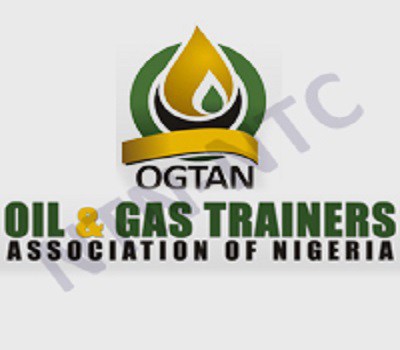 Experts have argued that partnership between economic integration and a sense of
responsibility is germane for Nigeria to unleash its potential especially in oil and gas services that was the exclusive reserve of foreign firms in the past.

President, Oil and Gas Trainers Association of Nigeria, (OGTAN) Afe Mayowa who corroborated this position while speaking at the 6th Annual Lecture and Award Ceremony of Nigerian NewsDirect, in Lagos said the potentials in the Oil and
Gas industry remain untapped thus making the country lag behind among other oil producing countries.

Speaking on the theme “7 Years of Nigerian Content Implementation, State Ownership of Resources VS Infrastructural Development”, he said, “The issue in Nigeria is selfishness. The issue is not with the structure or system but who we are in our individual selfishness. “I remember a time while I was working with a company in Port Harcourt; we decided to build a school for the host community. The
elders and youths asked us not to build schools for them but rather to give them the money. We declined and told them we are building the
school.

“We did the estimates running into millions and gave the community. That was 20 years ago, till today I don’t know if that school has been built. If oil companies give to community, community elders still
pocket the money.

“It’s time for Nigeria to refocus and build their institution within
Nigeria. We should stop sending our children abroad for education. But rather, we should generate a premier university in Nsukka and Ife. There was a time when there were 26 nationals in university of Ife but today Nigerians send their children to these countries.

Nigerians’ mentality must change. We should develop a nationalistic tendency not
just restructuring. We must think that we have people left behind,” he said.

According to him, the reason for the Act was because of the desire in the industry to have more Nigerians participating in the sector. He also said that the Nigerian local content law has been yielding lots of funds for the Oil and Gas industry.

“Before the Act, International Oil Companies (IOC) dictated what
happens in Nigeria. We came to realize that we had to have Nigerians participate in the Oil and Gas industry.

So, a target was given that by 2010, we should have 70 per cent although we did not meet that but even the little we have made has turned the industry around for good.

“Before the Act, all fabrication was done abroad resulting in $380 billion loss to the nation for over 50 years. Estimated job loss
opportunity was over 2 million. The story was that nothing can be done in-country.

“Nigeria has retention of $5 billion out of $20 billion spent in the Oil and Gas  in-country since the signing of the Act in 2010, there have been more Nigerian players now than ever. More Nigerians are taking over leadership positions. Giant strides have been made in
domiciliation.

“There was no structure in place to achieve knowledge transfer.
Statistics has shown that 70 per cent of our children sent to study abroad do not come back.
Speaking further, he said in order to be valuable in the industry, Nigerians must be required to acquire international certification and expertise and becoming manpower everywhere.

“Every host community must be part of all the derivations in their
community. Both IOCs and states must invest more on infrastructure.

Don’t give the money to the communities. Recently, there was a story of someone suspended by the presidency. That story should continue and
everyone must live within his means. We should institute systems that will deter people from touching that kind of money.

“Put politics aside and pass the PIGB. It is making us a laughing
stock because people think we can’t do anything right in Nigeria.

There should be framework where there will be rules that guide business operations. I have a big conviction that economic integration is important but it must be done with a sense of responsibility.

“There must be a process of accountability. It is through this, that states ownership of resources can be meaningful,” he added.

In the same vein, the Obasewa of Ile Ife, Chief John Odeyemi who
represented the Ooni of Ife, Oba Enitan Ogunwusi said the Nigerian Content Act has done a lot in making sure that indigenous Oil and Gas
companies can now compete favorably with the IOCs in getting contracts.

He said, “The Nigerian content law has worked. At least 5 billion out of $20 billion spent by the oil and gas industry are now retained in Nigeria. Those days, it took 3 to 4 companies to compete with Shell but now Nigerians are getting more contracts,” he said.

According to him, the reason for the delay in passage of the Petroleum Industry and Governance Bill (PIGB) can be traced to ignorance and
corruption.

In his words, “The PIB being passed is a noble idea. Corruption, ignorance and selfishness have delayed us from passing PIB. By the
time it is passed, you would be surprised at the level of Nigeria’s development.

“Local content and PIB are more than 30 years overdue. We have no fewer than 3 institutions in Nigeria that have the capacity to develop Nigerians.

“If we did not suffer the recession, we totally would not think straight. There had been plans for diversification since the 60’s but since we struck oil, we forgot about it. But the law can work much more.

“We only need the political will and the push that all Nigerians are clamoring for,” he added.

Making The Most Of A Unique Model