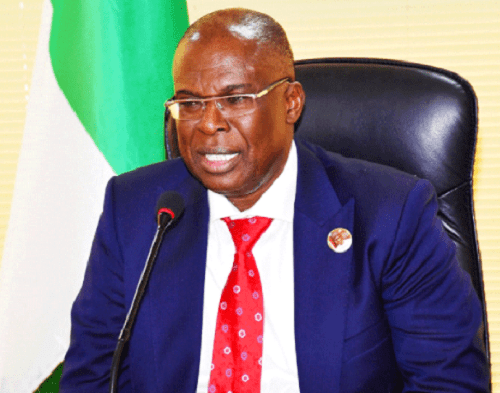 Nigeria has advised Europe to provide the appropriate policy framework for their banks to facilitate their investment Africa’s in oil and gas sector.

Minister of State for Petroleum Resources, Timipre Sylva, says Europe should significantly back investment in gas and provide a policy framework that enables European banks to invest in hydrocarbons across Africa.

He made the comment at the Gastech conference in Milan.

Focusing on gas production in Africa is “a no-brainer”, Timipre Sylva said, with 600 million people living without electricity in Africa and 740 billion feet, 22.2 billion meters of gas reserves on the continent.

Increased gas production would also help the continent’s 900 million people who live without access to clean cooking fuels, provide massive job opportunities and allow the emergence of a new alternative supplier for Europe, a “win-win for Europe and Africa”, he said.

And it is in Europe’s own interest “to reduce discriminatory investment rules that the banks are doing”, Sylva said.

The Minister said that he had previously told European officials that they “must provide the appropriate policy framework for your banks, so that they can invest in oil and gas”.

The EU’s energy taxonomy, set to come into force in January 2023, is a voluntary tool and a signpost for private investors towards climate neutrality. But investment from large European banks in oil and gas fell in 2021, unlike their north American counterparts.

Speaking from a similar position Ghanaian energy Minister, Matthew Opoku Prempeh also called for more investment. “Africa has been chronically under-invested,” he said. “No country should be told to stay where it is,” he added.

The issue of European investment in African hydrocarbons had previously risen to the fore during European Commission president Ursula von Der Leyen’s visit to Senegal in February. Senegalese President Macky Sall said that cutting off funding for new gas exploration would be a “fatal blow” for emerging African countries.

Also, Indian oil and gas Minister, Hardeep Singh Puri welcomed the shift in the popular narrative away from the “ideological hang-up about not using or not extracting the gas reserves you have”.

“Gas is a clean fuel, if you have it why don’t you use it,” he said. He added that it is time to “step on the gas on all the plants, whether it is wind, solar, innovations, compressed biogas”.