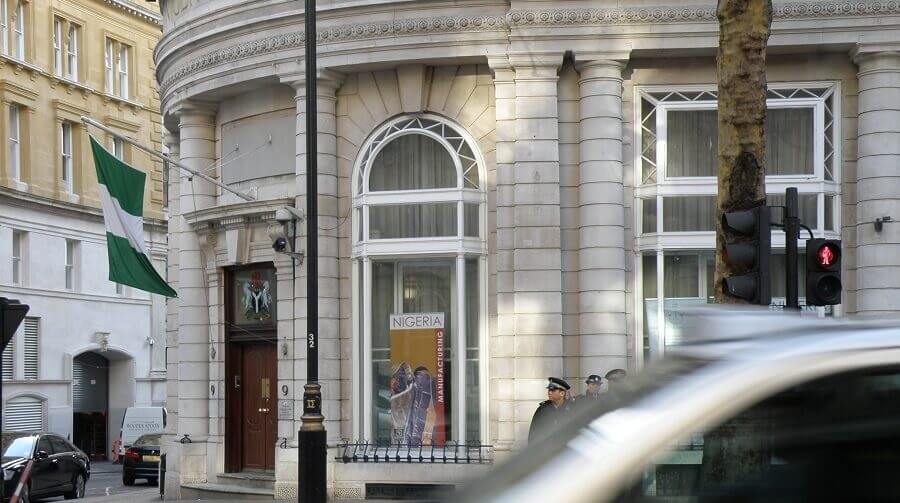 The Federal Government has shut its foreign mission the United Kingdom following report of two officials who tested positive to COVID-19.

ThenCommission says in a memo: “This afternoon, the Head of Immigration Section and two other officials went for a meeting at the Home Office.

“At the entrance, COVID test was administered on them and one of them tested positive to COVID-19. The affected officer immediately isolated while the other officials, who tested negative, will also isolate for the next 10 days.

“In response to this challenge, the Mission embarked on testing all officials of the mission; after which another official of the Mission tested positive.

It said that in line with COVID-19 regulation and the need to adhere to the rules and regulations of the host country, the Mission would close down for the next 10 days, in order to observe the mandatory isolation of those who were in contact with the affected officials.

The High Commission regretted any inconvenience that this may have caused the general public.