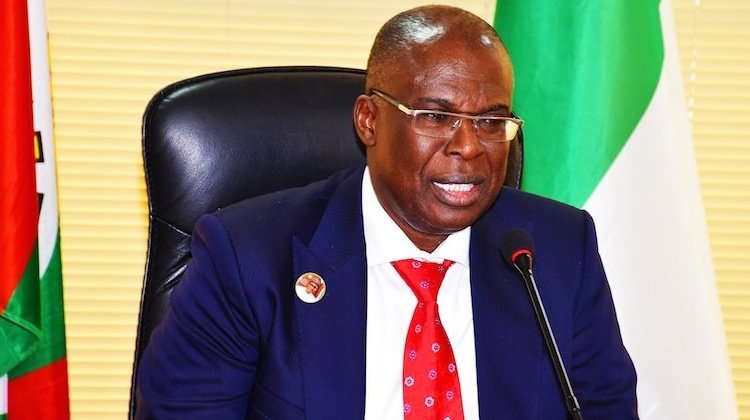 Nigeria has thrown its weight to Saudi Arabia’s call to address the disconnect between paper and physical oil markets.

Minister of State for Petroleum Resources Timipre Sylva,who gave this backing said, “A stable oil market benefits all consumers, producers and investors alike. It is also a catalyst for global economic growth. As such, any measure required to ensure the stability of the oil market, whenever it is necessary, will always be comprehensively supported by Nigeria,”

Several other OPEC + countries have already expressed support for Saudi Arabian energy minister Prince Abdul-Aziz bin Salman, who said August 22 that OPEC + has the flexibility and commitment to cut crude output levels if needed in response to the price disconnect.

ICE Brent futures contract has seen an uptick since bin Salman’s comments and was trading at $100.3/b as of August 25. A US stock draw and reduced optimism about an Iran nuclear deal have also supported prices in recent days.

Prices remain below June levels, however, with the longer-term decline supported by signs of progress over an Iran deal and forecasts for a weakening global economic backdrop.

Platts Analytics said that bin Salman’s comments signal a likely cut if the US reaches a nuclear deal with Iran that allows the latter to bring back significant crude exports.

“It also raises the odds that Q4 2022 OPEC output will fall from unsustainable September highs, with or without an official cut, and that quotas are likely to decrease from historically-elevated levels when the current deal is extended beyond its end-December expiration,” Platts Analytics said in a political risk scorecard released August 25.

Output grew by 490,000 b/d to 42.58 million b/d last month. This is still short of the 648,000 b/d promised when the group agreed to accelerate their quota increases for July and August to help meet rising demand. The gap between OPEC+ production and its quotas has grown to 2.80 million b/d.

OPEC+ member countries that have already backed the move include Venezuela, Azerbaijan, Congo and Libya.

OPEC+ agreed at its August 3 meeting to raise September quotas by only 100,000 b/d over August, with officials citing concerns over coronavirus cases and other economic headwinds, along with an expected seasonal easing of demand.