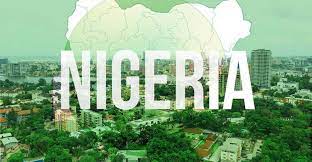 Nigeria will on Monday mount a high-stakes attempt at London’s High Court to overturn an $11bn arbitration award that left it owing more than a quarter of its foreign reserves to an obscure oil and gas company.

The legal dispute, which has dragged for more than a decade, centres on a contract that Federal Government officials struck with Michael Quinn, an Irish former band manager, and his business partner Brendan Cahill, to help the country turn its vast reserves of natural gas into power.

Quinn and Cahill’s offshore company, Process & Industrial Development, in 2012 began arbitration proceedings against Nigeria for breach of contract. P&ID ultimately won a $6.6bn award from a panel of arbitrators in London, one of the biggest known payouts to a company from a sovereign state.

That bill has risen to $11bn with interest more than Nigeria’s most recent budget for health, education and justice ministries combined.

Nigeria is now seeking to persuade the High Court that the successful arbitration claim was built on “a massive fraud perpetrated by P&ID” in collusion with former Nigerian government officials. It claimed that the deal was “procured by bribes” and the arbitration “tainted,” in court filings from 2020.

A spokesman for Nigeria’s president declined to comment and the justice ministry did not respond to requests for comment.

“The stakes in this colossal dispute could not be higher for the Nigerian people, who stand to lose the equivalent of nearly a third of the country’s entire budget for 2023 to a small offshore company with opaque ownership structures,” said Helen Taylor, senior legal researcher at anti-corruption group Spotlight on Corruption.

“The astounding allegations in this case also raise uncomfortable questions at home about whether the UK legal system was used as the unwitting vehicle for an elaborate $11bn fraud.”

The trial, expected to last eight weeks, will hear evidence from individuals including Dublin-based Cahill; Grace Taiga, a former legal services director at Nigeria’s petroleum ministry, and former P&ID director James Nolan, who will give evidence from a confidential location via video link.

Quinn, who managed bands in 1960s Dublin before transforming himself into an industrial consultant for projects in Nigeria, died in 2015. Court filings submitted by Nigeria say the company he co-founded is now controlled by Lismore Capital and VR Advisory, a hedge fund that specialises in distressed debt.

P&ID claims Nigeria invented the accusations of corruption to avoid paying what it legally owes. “P&ID vigorously denies that the awards in its favour should be set aside”, a company spokesperson said, adding: “P&ID will present its submissions and evidence to the English High Court in support of its defences.”

Arbitration awards are notoriously difficult to overturn. But Nigeria was granted a lifeline in 2020 when a London High Court judge granted it more time to pursue a challenge on the basis of alleged corruption.

The judge, Sir Ross Cranston, said there was “a strong prima facie case that the [project] was procured by bribes paid to insiders as part of a larger scheme to defraud Nigeria”. He found there was also a “strong prima facie case” that Quinn had given “perjured evidence to the tribunal” to “give the impression that P&ID was a legitimate business and was able and willing to perform the [contract] “.

Sir Ross also found there was “a possibility” that Olasupo Shasore, Nigeria’s lawyer for part of the arbitration, “had been corrupted”. The judge pointed to payments made by Shasore, a former attorney-general of Lagos state, to two lawyers involved in the proceedings, and agreed there was a “strong prima facie case” that the payments were designed “to purchase their silence”. Shasore has in newspaper reports vehemently denied wrongdoing.

Nigeria said in a statement that it “keenly awaits the opportunity to present its case before the High Court in London and is confident that justice will finally be served”.