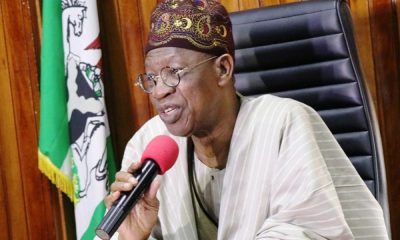 Nigeria’s Minister of Information, Alhaji Lai Mohammed, has disclosed plans by the government to release over $464 million stuck funds owned by foreign airlines.

Minister said relevant authorities of the government have escalated action on the issue assuring that very soon the matter will be history.

This is heart-warming for the carriers that had mounted pressure on the government to accelerate the release of their funds that have caused them untold hardship.

Some of the affected airlines are considering measures such as suspension of flight services and others threatening to cut down flight frequencies to minimize their losses.

The International Air Transport Association (IATA), last week criticized the Nigerian Government for holding over $464million as proceeds of ticket sales by airlines operating in the country.

According to the Minister: The Federal Government is aware of the issue and action is being taken. I can assure you that relevant authorities are working on it. Very soon the matter will be resolved.”

The Minister, who gave the indication while touring Lagos airport, described the new terminal as one of the poster projects of the government in its critical infrastructure drive.

He claimed that no other administration has shown enough commitment to change the narrative about the aviation sector.

He assured that a $500 million loan secured from the Chinese Import-Export Bank for five airport terminals in Lagos, Enugu, Port Harcourt, Abuja, and Kano would be repaid as programmed.

Mohammed also lamented that the tax- to- gross domestic product is affecting revenue for the government, urging Nigerians to demonstrate patriotism by contributing to the tax net.

He said the new terminal will not displace the over 40-year terminal but will complement it for passengers transiting.

Besides changing the travel experience of many Nigerians, the new terminal Mohammed said will provide job opportunities directly and indirectly for over 10,000 people.

He said: ” This new terminal at the Lagos International Airport is a world-class edifice put together with the collaboration of Nigeria and the People’s Republic of China. With the capacity to process 14 million passengers annually, it is an exciting travel experience with facilities in any airport, anywhere in the world. There is a whole new experience in terms of aesthetics, comfort, and friendly customer service.

”This edifice and the others are testaments to the commitment of the Buhari administration’s unprecedented infrastructure development covering roads, bridges, rail, water dams, and sea ports.

“No administration in the history of Nigeria has done this much, especially at a time of scarce resources .”

He said the Federal Government has concluded plans to relocate five foreign carriers into the new terminal from September 1, 2022.

He said out of the eight carriers that indicated interest, five have been cleared, putting into consideration many parameters.

Meanwhile, the Director General of the Nigerian Civil Aviation Authority (NCAA), Captain Musa Nuhu has clarified that no foreign carrier operating in the country is approved to sell its tickets in

Nuhu said the regulator will not grant such approval because it is against the regulations to buy tickets in the currency of another country.

While dismissing the information making the round, he said the NCAA has not increased operational levies for foreign carriers flying into Nigeria.