Nigeria To Tax All Digital Transactions 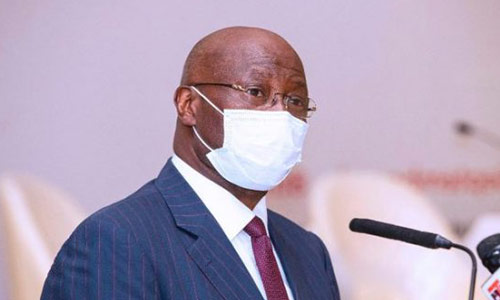 The federal government has directed the deployment of technology to tax all digital transactions carried out across the country.

The Secretary to the Government of the Federation (SGF), Mr Boss Mustapha, disclosed this known at the 17th General Assembly and 10th anniversary of the West Africa Tax Administration Forum (WATAF); in Abuja on Tuesday, September 21, 2021.

Mustapha said President Muhammadu Buhari gave the order to tax authority to ensure digital transactions were taxed digitally; adding that the goal of their efforts was to achieve seamless digital collection; as well as remittance of tax revenue accrued from the digital economy. Further, he said the President had directed the deployment of technology to good effect in revenue collection; as well as remittance as a matter of government policy.

The SGF added that the FIRS had been strengthened to carry out this mandate by the President; as well as the Federal Executive Council (FRC); to digitise tax collection channels in particular and tax administration processes in general.

According to him, this is supported by the amendment to the tax laws and empowering the tax authority to deploy technology in tax.

“Nigeria is putting in place measures to ensure that we keep up to date with these developments and answer the question of what to collect and how to collect it, as far as the digital economy is concerned.

“Therefore, our definition of what to collect- whether we call it income tax; Digital Service Tax or Value Added Tax, must address the issue of redefining who a taxable person or entity is; to accommodate the fact that digital transactions side-track the ordinary and traditional understanding of jurisdiction,” he said.

Chairman of Federal Inland Revenue Service, FIRS, Mr Mohammed Nami, said the importance of the role of WATAF could not be over-emphasised; because the reasons it was set up by the founding fathers, was to create the atmosphere for dialogue on collaborative efforts.

Nami said the aim was not only still valid but growing in importance; hence he stressed the need for more synergy.

Further, he said the theme for 2021, “The Taxation of the Digital Economy: Exploring Untapped Revenue Sources in Africa” was as good an illustration that would make them to continue to work together as partners.

“When you speak of taxing the digital economy, you are talking about an economy without physical borders; trade and commerce that transcends our natural geographical delineations.

“In terms of tax administration, the only way that this can possibly be done with any accuracy and effectiveness; is if it is done digitally, since the commercial activity itself is also done digitally.”