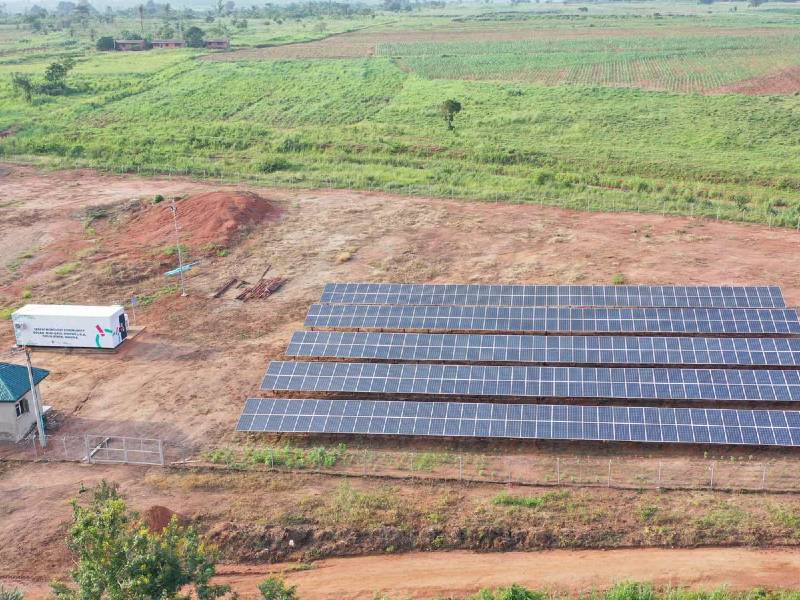 A three-way agreement between a Nigerian community, utility and minigrid operator is proving the financial, technical and political feasibility of the undergrid minigrid system in Nigeria.

Eighteen months since the project started, it is flourishing despite a tumultuous year that included a global pandemic. Not only is the undergrid minigrids project financially sound, but the Nayo Tropical Technology team reports that revenue has already doubled.

New customers are being steadily acquired as the demand for electricity grows and the minigrid attracts new business into Mokoloki Village, a rural community in Ogun State, Nigeria.

Two years ago, IBEDC, the utility servicing the area, was not able to provide more than four or five hours of electricity a day to homes and businesses in Mokoloki. A recently released project update from RMI (which conceptualised the project and provides advisory services) reads: “The minigrids has never experienced an outage that lasted five hours”.

Over the first 15 months of the project, operating costs were about one-third of total revenue, which is on par with similar off-grid minigrids projects. Collection rates have soared from around 20% before the minigrids was installed, to 100% today, with every Mokoloki customer now using a prepaid meter.

One of Nayo Tech’s original hypotheses was that, compared with a typical isolated, off-grid minigrid, an undergrid minigrid would benefit from more robust economic activity in grid-connected peri-urban areas. “In fact, the Mokoloki minigrid’s average revenue per user is twice that of a comparable off-grid site in Nigeria. The undergrid minigrid is relieving pressure on IBEDC by providing customers with consistent power without taxing the distribution company’s system, and Nayo Tech has met 100% of its financial obligations to IBEDC, providing revenue certainty,” reads the project update.

Anayo Okenwa Nas, CEO of Nayo Tropical Technology: “One year on, we are happy to say it was a good economic and social decision to be involved in this project.”

Word has spread of the minigrid’s reliability and customer satisfaction as evinced by minigrid staff receiving regular requests from community leaders who hope to replicate the project to provide reliable, sustainable, affordable power for their communities.

Nayo Tech and IBEDC are developing a pipeline of new projects to deploy more solar power along with the same principles within the IBEDC franchise area.

Saheed Busari, IBEDC embedded generation and renewable energy lead for IBEDC said they have seen a number of benefits from permitting the minigrids to run within their franchise: “IBEDC receives fixed annual payments from the minigrid operator for the right to provide electricity in Mokoloki. [IBEDC is] also benefitting from the elimination of financial and technical losses incurred while serving the community before the minigrid arrived.”

Customer demand and minigrids revenue is growing consistently. Originally 90 Mokoloki customers were connected to the IBEDC grid. Just more than 200 customers initially signed up to receive power from the minigrid and that has now increased to nearly 300 connections.

The project update revealed: “Minigrid revenue doubled within the first 18 months of operation and to keep up with demand growth, Nayo Tech has already begun a planned expansion that will approximately double the battery, inverter and PV capacity.”

Commercial customers such as welders, bakers and mills are important for the minigrids project viability. The location of this undergrid minigrid project was attractive specifically because of the economic activity around the Mokoloki Village and the potential for productive uses of electricity. While the commercial customers only comprise 9% of the total customer base, they contribute 45% of the total revenue.

“After 18 months, it is clear that the minigrid also is driving local economic growth by helping local businesses thrive and attracting new ones,” states the report.

New businesses, like one that will process soybeans into milk, are in the process of moving to Mokoloki due to favourable conditions and targeted demand stimulation efforts provided by Nayo Tech. Local communications entrepreneur Ogunmade Olamilekan Emmanuel says the minigrid has totally changed the community because of the provision of stable electricity. “More people are coming [into Mokoloki] because of the light. It improved business.” – ESI