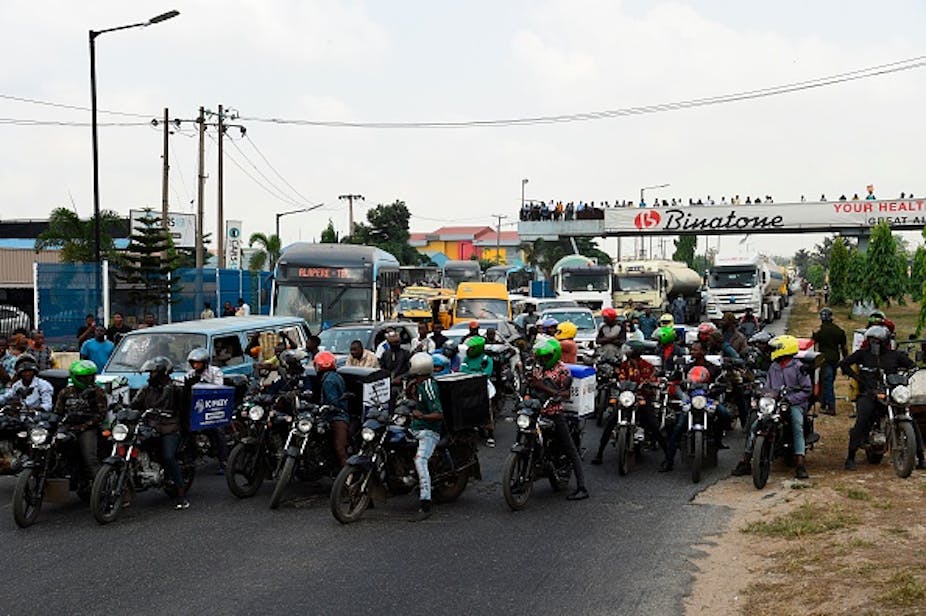 Insecurity in Nigeria has worsened . In the north-east region, despite gains recorded by the military, the activities of jihadist terrorist groups such as Boko Haram and the Islamic State West Africa Province have continued unabated.

In the north-west and north-central regions, armed bandits continue to unleash mayhem on local communities. The number of kidnappings and demands for ransom has risen , as have killings and sexual violence.

Virtually no part of the country has been spared. There is militancy and piracy in the Niger Delta , violence perpetuated by the Eastern Security Network in the south-east region and cultism, armed robbery and kidnappings in the south-west.

But the situation in the north is worse due to the number of killings, forced displacements and a brewing humanitarian crisis.

A lack of policy coordination across the country has meant that the government has failed to bring any of these situations under control.

Some of the affected states in the north have taken measures like issuing ultimatums or offering negotiation or amnesty. None have worked.

Beyond the use of force, the federal government has also taken measures aimed at denying criminal groups freedom of action. For instance, to mitigate the threat of armed banditry, telecommunication services were temporarily shut down in some states in the north.

Given the linkages around illicit gold mining and armed conflict , a no-fly-zone was imposed in Zamfara State last year.

These measures haven’t yielded the desired results either.

As part of renewed efforts to address the prevalent insecurity, the federal government is mulling the idea of banning motorcycles across the country.

Based on my previous research on factors that jihadists and other non-state actors rely on to spread their campaign of violence in Nigeria and across the Sahel region, I argue that this policy, too, is likely to fail.

In my view, rather than banning the use of motorcycles, the Nigerian government must, as a matter of urgency, intensify its offensive military campaigns.

It should also attend to the socioeconomic root causes of insecurity and related issues of poor governance.

Why a ban won’t work

Banning motorcycles nationwide will not solve the problem, for five reasons.

The first is that commercial motorcycles constitute a significant contribution to the informal sector. The policy would be counter productive. Commercial motorcycles help to address issues such as poverty, inequality and unemployment. All are underlying socioeconomic conditions that drive insecurity in the first place.

Taking that away would only make people more vulnerable and willing to join criminal groups as a means of survival.

Secondly, a nationwide ban on motorcycles could potentially increase highway attacks by criminal groups with the intent of hijacking vehicles. This would put the lives of commuters that rely on commercial vehicles at higher risk.

Thirdly, motorcycles have served as a mechanism of facilitating early warning in conflict prone areas. Many of the communities that have been attacked are remote. People tend to rely on the use of motorcycles to get word out of an impending attack in a timely way.

Even the Nigerian Army itself has a dedicated Combat Motorbike Battalion because of difficulties of access.

Fourthly, in most rural communities where attacks have taken place motorcycles have been used to convey victims to hospitals. The hospitals are often several kilometres away from these communities. The absence of motorcycles would put the lives of victims at risk by denying them speedy access to health care.

Lastly, a nationwide ban on motorcycles would be difficult to enforce given the porous nature of Nigeria’s land borders. It’s difficult to govern some of the country’s borders effectively. Criminal groups are likely to exploit these gaps through the illegal importation of motorcycles.

States’ policy responses to the threats of armed banditry and other acts of terrorism should work together. For instance, rather than some states negotiating with armed bandits and others refusing to do so, a unified response should be adopted across the troubled region.

Doing so would increase the prospects of meaningful progress.

In addition to the need for a coordinated policy response by the affected states in the region, which has been lacking, other less obvious factors such as the relationship between climate change and violent conflicts need to be given adequate attention and properly addressed.

To guarantee the territorial integrity of the Nigerian state and ensure the safety of the lives of citizens, Nigerian politicians must be willing to exert decisive political will beyond mere rhetoric, in the overall interest of peace and security.

Folahanmi Aina does not work for, consult, own shares in or receive funding from any company or organisation that would benefit from this article, and has disclosed no relevant affiliations beyond their academic appointment.