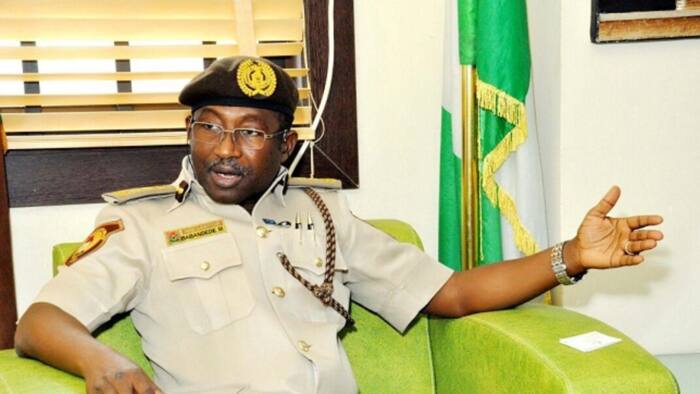 The Nigerian Immigration Service (NIS) has denied speculations that the Service is conducting recruitment exercise.

In a statement issued in Abuja and signed by the Public Relations Officer of the Service, Deputy Controller Sunday James, the Comptroller General of the NIS, Muhammad Babandede MFR  informed that the romour was not true.

According to the statement, the NIS Comptroller directed and informed the general public that the service was not recruiting.

“This notice became necessary due to the increasing activities of fraudsters that have remain unrepentant, after several arrests and arraignment they continue to open fake recruitment sites through which they defraud unsuspecting citizens of their money.

“The General Public is therefore advised to desist from patronizing such fake sites as the Nigeria Immigration Service will always publish its official recruitment in reputable Newspapers and absolutely Free.

Army Commander Urges Troops To Be Hawk-Eyed Against Traitors