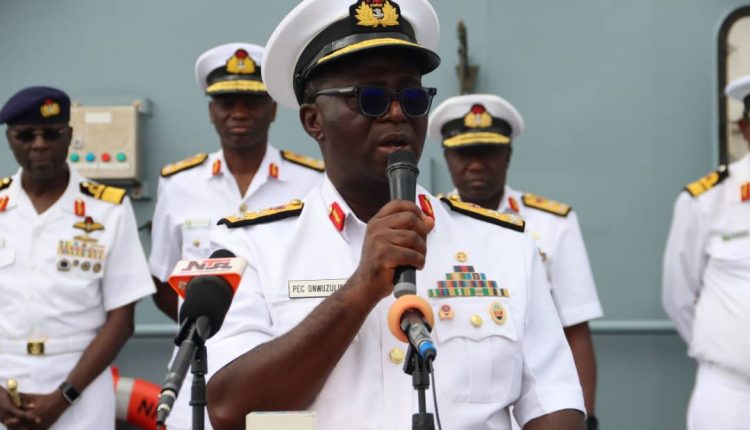 The vessel sailed on 6 August 2022 from Lagos for Guinea Bissau and it was in actualization of the Federal Government’s directive for the Nigerian Navy to convey military hardware meant for own troops in carrying out stabilization mission in Guinea Bissau.

The Chief of the Naval Staff Vice Admiral Awwal Zubairu Gambo who was represented by the Chief of Naval Safety and Standards Rear Admiral Perry Onwuzuilike reiterated that NNS KADA’s Voyage to and from Guinea Bissau to Lagos was the first national assignment after she arrived from the United Arab Emirates on 27 May 2022. The CNS said, one of the roles of the Nigerian Navy is strategic sealift which NNS KADA performed commendably to support the ECOWAS mandate in line with Nigerian’s foreign policy objectives.

He also emphasize that there is no doubt that the Nigerian Navy would continue to leverage on the sealift capability as it seeks further collaboration with Sister services.

Gambo asserted that “It is pertinent to state that Nigerian maintains a contingent in Guinea Bissau, hence the equipment NNS KADA took to Guinea Bissau was for the Nigerian Contingent”.

He further stated that NNS KADA successfully performed her mission and is now back home. He also used the medium to commend the Ship’s Company and urge them to prepare and be on standby for her next mission as exigency of Service would permit.

“Other participating countries use other forms of transport to place their equipment, but Nigeria Navy on behalf of the federal government of Nigeria used our sailing capability to transport our equipment, making us the only Nation within the sub-region to do this, this is a very big feet and I think that we deserve a round of applause”

“The two weeks trip was very successful and that is why they’re back, we have disembark the troops and the equipments in Guinea Bissau and are back to commence other duties in the country”

“The trip was to show our foreign relations and the role we play in Africa continent to our neighbouring country.