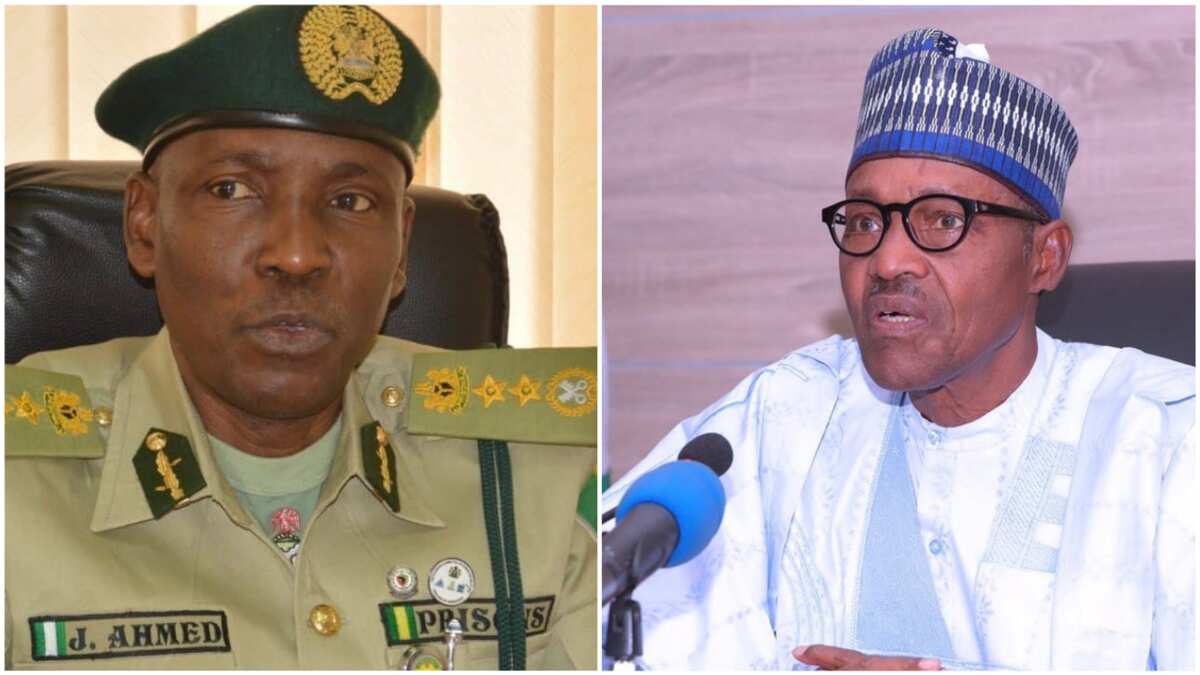 The Senior Special Assistant to the President on National Assembly Matters (Senate), Ita Enang, disclosed this to State House correspondent in Abuja on Wednesday.

According to him, the Correctional Service is made up of Custodial and Non Custodial Service.

He said that the Non-Custodial Service was intended to be a place of reformation and that the person sentenced under this will not stay in custody but will have remediation.

The President, he said, has also signed Federal Universities of Agriculture (Amendment No.2) Act, 2019.

“The Custodial Service is to: (a) custody and take control of persons legally interned in safe, secure and humane conditions. (b) Conveying remand persons to and from courts in motorized formations;

“(e) Implementing reformation and rehabilitation programmes to enhance the reintegration of inmates back into the society
(f) Initiating behavior modification in inmates through the provision of medical, psychological, spiritual and counseling services for all offenders including violent extremists

“(g) empowering inmates through the deployment of educational and vocational skills training programmes, and facilitating incentives and income generation through Custodial Centres, farms and industries

“(h) Administering borstal and related institutions;
(I) Providing support to facilitate the speedy disposal of cases of persons awaiting trial;”

He said that the Act in Section 12 (2) (c), further stated “that where an inmate sentenced to death has exhausted all legal procedures for appeal and a period of 10 years has elapsed without execution of the sentence, the Chief Judge may commute the sentence of death to life imprisonment.”

According to him, Section 12 (8) empowers the state Controller of the Service to reject more intakes of inmates where it is apparent that the correctional centre in question is filled to capacity.

The Presidential Aide said that non-custodial faculty of the Correctional Service is responsible for the administration of non-custodial measures, namely: Community Service, probation, parole, restorative justice measures and such other measures as a court of competent jurisdiction may order.

He said “Restorative Justice measure approved in the Act include victim-offender mediation, family group conferencing, community mediation and other conciliatory measures as may be deemed necessary pre-trial, trial during imprisonment or even post- imprisonment stages.” he said

Also speaking on the Prison database, he said “The thing is when you enter, your particulars are registered in the prison system. The database cannot be faulted because it has your finger prints and your other particulars.

‘The essence of the bill is to ensure there is enough funding for the service that will take care of the welfare of the inmates and workers. So any alleged corrupt practices in terms of ration will be eliminated. The Act also provides that the service retains a percentage of what they generate in addition to budgetary provision to work with, so corrupt practices will be eliminated.”