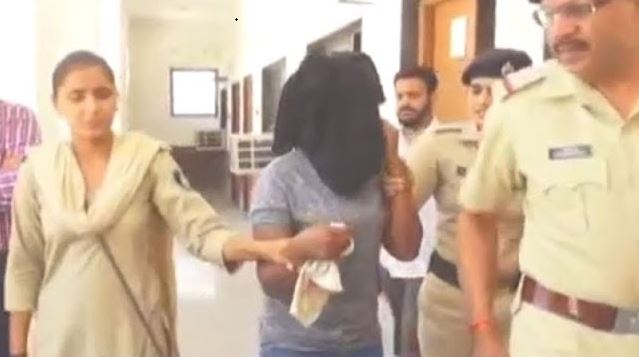 A Nigerian identified as Daniel Fredrick, has been sentenced to 10 years in prison for smuggling heroin by Indian Court.

He was also fined Rs 1 lakh and will have to undergo additional one-year imprisonment if he fails to pay.

According to Indian Times, he will be the third Nigerian national sentenced in the past one week.

On Monday, Austin Krairi and on September 9, a Nigerian woman, Joye Cheeka Ozuma; were sentenced to 10-year jail terms each. The verdicts were pronounced by the court of additional district and session judge, Harjit Kaur Kaleke.

Fredrick, was arrested by the Special Task Force (STF); Mohali in August 2018 from near YPS crossing following a tip-off. The STF allegedly recovered 265 gram of heroin from his possession.

According to the case files; the STF, under the supervision of assistant sub inspector Avtar Singh Sohi, were present in phase IV, Mohali; when they received a tip-off about a man entering Mohali with heroin. The team laid a trap near YPS crossing and stopped the Nigerian national. On checking, Police recovered 265 grams of heroin from his possession.

The Times of India says the convict came to India on business visa in 2012 and sold readymade garments; as well as cosmetics in Tamil Nadu but to earn extra money; he entered the drug smuggling business after his visa expired in 2015.

The court of additional district and sessions judge, Sanjay Agnihotri, also imposed a fine of Rs 1 lakh on the convict, Vera Umuaro. Umuaro was arrested by a team of the special task force (STF) of Mohali police from Phase 6 on May 22, 2018. She was staying in New Delhi back then.