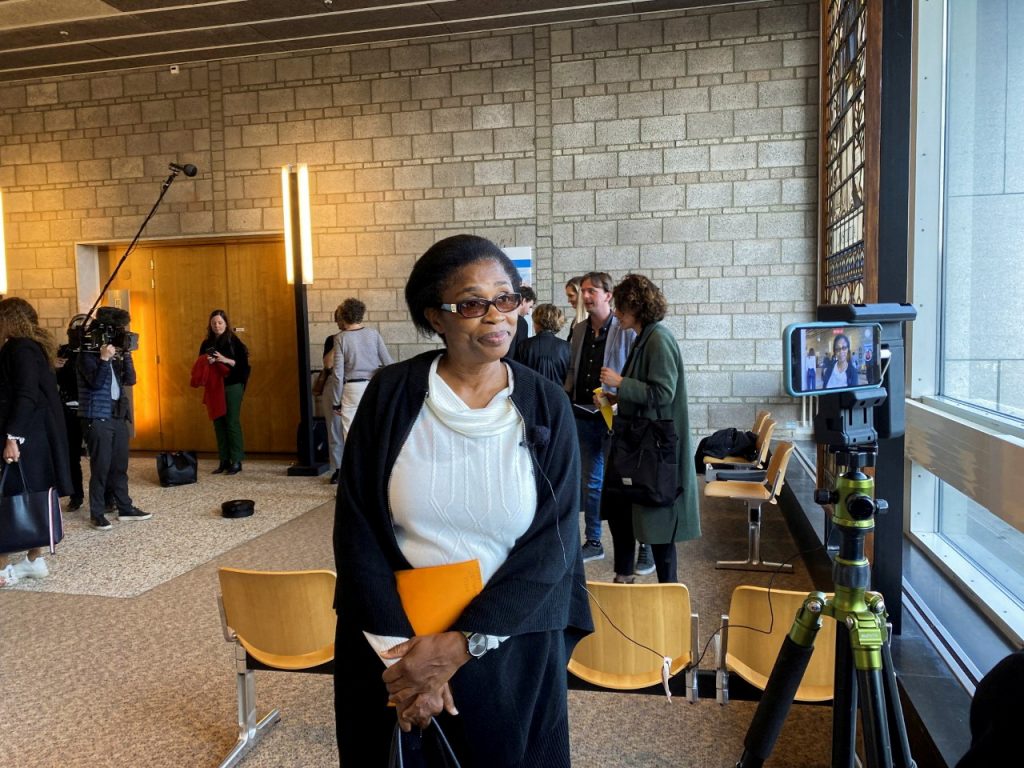 FILE PHOTO: Widow Esther Kiobel reacts after Dutch court rejected a suit against Shell brought by four widows of activists who were executed by the Nigerian government in 1995 after they had protested the oil company's exploitation of the Niger Delta, in The Hague, Netherlands March 23, 2022. REUTERS/Staff
Share
Facebook Twitter LinkedIn Pinterest Email

Four widows seeking to hold Shell liable for damages in the Netherlands after their anti-oil activist husbands were executed by the Nigerian government in 1995, have cancelled further legal proceedings, their lawyer has said.

“Obviously this is not without disappointment and frustration,” said lawyer Channa Samkalden in statement on Monday announcing that the widows have cancelled an appeal launched after the Hague District Court rejected their case earlier this year.

“This has been a lengthy and demanding procedure, which makes them re-live horrible events, while the outcome is most uncertain.”

The widow’s husbands had been among a group that later became known as the “Ogoni Nine”, that were arrested and hung after a flawed trial that turned international opinion against Nigeria’s then-military rulers. The activists included writer Ken Saro-Wiwa.

Shell struck a $15.5m settlement in 2009 in the United States with relatives of some families, including the Saro-Wiwa estate, without acknowledging wrongdoing. But others continued trying to hold the company responsible in foreign courts after exhausting legal possibilities in Nigeria.

In March, the Hague court ruled there was not enough evidence to support the widows’ assertion that Shell had bribed witnesses to give false testimony in the trial that led to the men’s executions.

“We have always denied the allegations made against Shell in this case,” Shell said in a statement on Monday. “However, this does not in any way diminish the tragic nature of the events of 1995.”

Samkalden, the lawyer, said the widows are living in “difficult circumstances”.

“Rather than focusing on the appeal, initiatives are now being developed aimed at providing these women with some basic financial assistance,” she said. Reuters