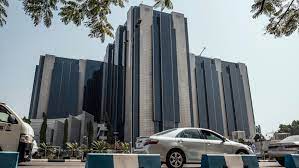 What happens when a central bank lends more money to the government than allowed by its own laws? You get Nigeria and its so-called Ways and Means debacle of 2023.

President Muhammadu Buhari and the senate are currently locked in a battle of wills over what becomes of about N23.72tn ($53bn) of loans that the central bank has extended to the government in recent years through a facility called “Ways and Means Advances”.

The president wants to turn the debt into a 40-year bond with a 9 per cent interest rate rather than rolling it at the 19.5 per cent he says the central bank is currently charging. Buhari estimates this will save Nigeria $4bn of interest payments just this year, but some senators deemed the request unconstitutional. After a rowdy session on December 28, the senate president was forced to punt the vote to a later date.

The debate has been raging in Nigeria since then. In a country gripped by the succession drama to replace the outgoing Buhari in next month’s elections, it’s been a surprise to see a fairly arcane fiscal and legal issue bleed into the mainstream.

Of course, these days it’s not unusual for central banks to fund governments. But Nigeria’s Central Bank Act of 2007 places very clear limits on how much the government can rely on it.

38 (1) . . . the Bank may grant temporary advances to the Federal Government in respect of temporary deficiency of budget revenue at such rate of interest as the Bank may determine.

(2) The total amount of such advances outstanding shall not at any time exceed five per cent of the previous year’s actual revenue of the Federal Government.

(3) All Advances made pursuant to this section shall be repaid —

(a) as soon as possible and shall in any event be repayable by the end of the Federal Government financial year in which they are granted and if such advances remain unpaid at the end of the year, the power of the Bank to grant such further advances in any subsequent years shall not be exercisable, unless the outstanding advances have been repaid; and

(b) in such form as the Bank may determine provided that no repayment shall take the form of a promissory note or such other promise to pay at a future date or securitization by way of issuance of treasury bills, bonds, certificates or other forms of security which is required to be underwritten by the Bank.

The true extent of the central bank’s loans to the government is unknown since the central bank hasn’t published its accounts in three years, but there’s a consensus that the 5 per cent threshold has been breached. And the central bank has clearly never been repaid at the end of the year, given how the pile of loans has swelled over time.

BudgIT, a government transparency watchdog, has pointed out that getting loans from the central bank requires no government belt-tightening. Many believe it has also helped fuel inflation — which now runs at over 21 per cent.

The IMF has also urged Nigeria to sterilise the impact of the deficit financing and limit the government’s reliance on the facility. Here’s what the Fund said in its latest Article IV report on the country.

Decisive and effective monetary policy tightening is a priority to prevent risks of de-anchoring of inflation expectations . Given the multiplicity of monetary policy tools, market segmentation and weak interest rate transmission, the mission recommended the following measures to effectively tighten the monetary policy stance: (i) fully sterilize the impact of CBN’s financing of fiscal deficits on money supply; (ii) stand ready to further increase the MPR to send a tightening signal; and (iii) continue phasing out CBN’s credit intervention programs, which expanded rapidly during the pandemic to support the economy. The mission welcomed progress in the securitization of the CBN’s existing stock of overdrafts and recommended speedy finalization. Going forward, it would be important to limit reliance on CBN overdrafts for fiscal financing to the statutory limit of 5 percent of previous year’s revenues by pursuing fiscal consolidation, better budgetary planning and resorting to supplementary budgets in case of financing shortfalls.

The problem is that the kicker in Section 38 of the Central Bank Act states in plain language that “no repayment shall take the form of a promissory note or such other promise to pay at a future date or securitization by way of issuance of treasury bills, bonds, certificates or other forms of security which is required to be underwritten by the Bank”.

That would seem (at least legally if not in practice) to preclude turning the now $53bn pile of debts into a long-term, low-cost (for Nigeria) bond. A CBN spokesperson didn’t respond to a request for clarification, except to say that it “is a law-abiding institution. We keep to the law, that’s my answer to that”.

Some analysts say changing the law and converting the loans to a long-maturity bond is clearly Nigeria’s best bet. Others say simply changing the law after breaking it obviously also gives future governments carte blanche for further rule-breaking.

But at least both camps agree that heads must roll and these excesses must be prevented in the future. Who takes the blame for allowing the advances to exceed their limit? The Nigerian press has pointed the finger at Godwin Emefiele, the unorthodox central bank chief who briefly tried to run for president last year while keeping his job as Nigeria’s monetary guardian.

My colleagues and I at the Central Bank of Nigeria (CBN) are grateful to President Buhari for his unflinching support to the Bank and the capacity of the Nigerian Security Printing and Minting Company (NSPMC) to deliver the redesigned banknotes. pic.twitter.com/6S1E80YgM6

The age-old question in Nigeria is whether the country has a revenue or spending problem. But why not both? Its oil-dependent economy has not benefited from high oil prices over the past year as it struggles to meet its daily Opec quota due to large-scale oil theft and an absence of infrastructure. Meanwhile, costly but popular fuel subsidies that could cost as much as $16bn this year remain in place.

The government’s debt management office has said Nigeria’s overall debt could jump to the equivalent of about $170bn this year if the Ways and Means Advance and other borrowings are factored in.

That is more than twice Nigeria’s overall public debts at the end of 2020. Whoever replaces Buhari faces a tough challenge on the debt issue. Expect more rowdy parliamentary sessions. Source: Financial Times