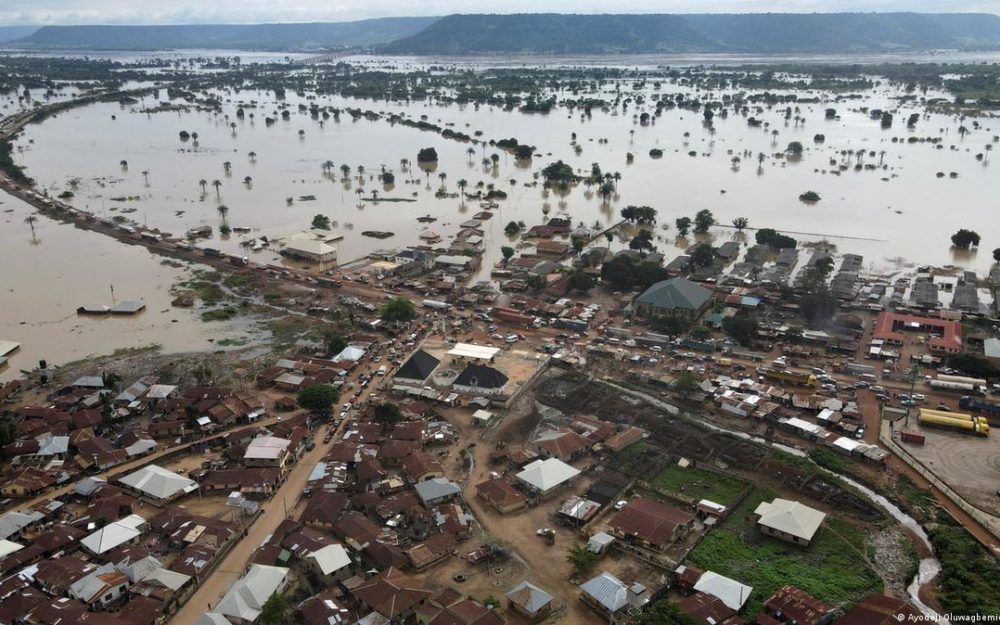 A few days ago, the world gathered at Sharm El Sheik, Egypt, for its annual climate change summit: COP27.

Like the rest of Africa, Nigeria is represented by its retinue of bureaucrats, climate advocates, and other interest groups. Since the last meeting in Scotland (COP26), Nigeria signed the Climate Change Act into law, setting a target of attaining net-zero greenhouse gas emissions between 2050 and 2070. In the interim, Nigeria has developed an ambitious energy plan that would see it transition from fossil fuels to renewable energy, using its vast reserve of natural gas as a hedge. The country is at the forefront of the African Carbon Markets Initiative and plans to raise at least $500 million from carbon crediting trading to offset emitted carbon.

As impressive as these ambitions are, they are primarily built around carbon footprint reduction, a noble but, I would argue, misplaced goal. Our current carbon footprint is modest. We don’t emit enough carbon per capita to warrant the current obsession with carbon reduction, especially when it has yet to meaningfully tackle other aspects of climate and offer its people the appropriate environmental stewardship, most of which are more basic and prosaic than its emissions. Nigeria’s obsession and premature pursuit of carbon reduction has blinded it to the imminent environmental crisis it’s currently faced with, neglecting important issues, most of which are key to helping achieve her sustainable development goals.

My colleagues and I at the Centre for Alternative Technology (CAT) recently conducted a carbon footprint survey. Using an open-source carbon calculator, we estimated that the annual average carbon footprint for a working-class Nigerian is 0.67–0.8 tons of CO2; the footprint of a middle-class Nigerian is likely twice that. For some perspective, contrast that with the rest of the developed world: the average American, for example, emits at least 15 tons of carbon; the average Brit, 10 tons. Similar numbers (and even larger ones) are commonly found elsewhere.

Nigeria desperately needs a local industry-based solution to systematically curtail its biggest carbon emissions, rather than one that centers its entire climate agenda on carbon footprint reduction.

Nigeria’s primary source of CO2 is emitted by its oil and gas industry, which is presently listed as the seventh-largest gas-flaring country, emitting an estimated 6.7 million tons of CO2 in the first six months of 2022. There’s also crude oil theft by illegal refiners in the Niger-Delta, which siphon and refine crude oil, using the most primitive of methods, thereby polluting the surrounding environment.

Over the last decade, Nigeria’s climate change actions have been rife with tokenism and grand gestures with limited impact. There’s been no shortage of rhetoric. Still, Nigeria struggles with basic environmental issues, such as poor waste disposal and bad stormwater management And this is in addition to its glaring deficiencies in nature conservation, clean marine ecosystems, and the protection of its water sources. The country has no active waste recycling program—everything gets lumped together and sent to landfills. It remains one of the few countries in the world that has not taken any meaningful steps against the ubiquity of single-use plastics. In the built environment, it is yet to translate to brick and mortar any of the green rhetoric it has mouthed over the last decade. There hasn’t been large-scale adoption of green building principles in sustainable building sites, natural lighting, ventilation, and indoor air quality, not even in government buildings.

Currently, Nigeria is dealing with one of its worst floods in decades. The flood, primarily caused by torrential rains, has ravaged several towns and cities across the country, destroying livelihoods, rendering millions homeless, and cutting off highways between cities. In the northern part of the country, the effects of the flood were made worse by the ensuing deluge from Cameroon, Nigeria’s neighbor, which opened the vanes of the Lagdo Dam to release excess water into the River Benue. It’s a perennial problem that could have been fairly minimized if Nigeria had built a buffer dam to receive excess water as earlier planned, 30 years ago. Even worse, the draft of several channels across the country’s water bodies are filled with silt, significantly impeding the flow from the rivers into the Atlantic Ocean. The urban flooding was also made worse by substandard stormwater management. Today, countless stormwater drains in several cities are clogged with filth and plastic waste. The unrestrained trend of building new real developments on flood plains has significantly worsened the problem.

Nigeria needs to develop a comprehensive environmental agenda that looks beyond carbon footprint reduction, one that meets and surpasses the baseline social and ecological needs of its vast population, deploying its limited resources to develop an adaptation and mitigation plan that counters all of the inevitable climate challenges it’s presently faced with. This plan should prepare it for the eventualities it has no control over and should carry along its sub-nationals (state governments) and local municipalities. It should emphasize reuse, recycling, and composting where necessary. It must incentivize those sub-nationals—which are usually the weakest links—to engage in better environmental stewardship. Furthermore, as a solution to perennial floods, Nigeria needs a national stormwater management plan that ensures the consistent dredging of water channels, desilting of stormwater drains, and construction of new drains where necessary, all within the next few years.