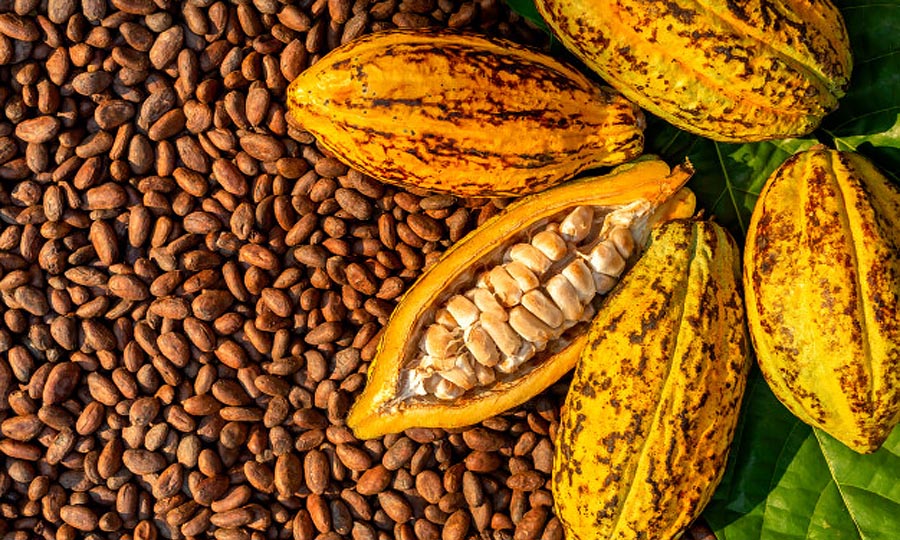 Nigeria is planning to scale up its cocoa production to meet local market demand as the country mulls export to earn more foreign exchange.

Agriculture and Rural Development Minister, Dr Mohammad Abubakar, who dropped the hint stated the desire of the Federal Government to increase Nigeria’s cocoa production from the present 340,000 tonnes to 500,000 tonnes by 2024.

The Minister made this known during a courtesy visit by Mr Arrion Michel, Executive Director, International Cocoa Organisation (ICCO), on Tuesday, June 7, 2022, in Abuja.

He told Michel that Nigeria is ranked number four among cocoa producing countries in the world and assured that Nigeria could achieve an increase in cocoa production based on the present drive of the Federal Government and relevant stakeholders towards utilisation of improved varieties.

“Recently, Nigeria has made a remarkable move to join the Living Income Differential (LID) initiatives which was established by Cote d’Ivoire and Ghana in 2019 which aims at guaranteeing the livelihood of small holder farmers through LID of $400/ton of cocoa beans sold.

“The two countries are benefiting while Nigerian cocoa farmers are at disadvantage of this benefit due to unregulated and liberalised cocoa industry in the country,” he said.

Abubakar said that the interactive meeting between Nigerian delegation and Ghana cocoa board had yielded a positive result with the recent approval by ministry to establish the National Cocoa Management Committee (NCMC).

“The committee will consist of all relevant stakeholders in the Nigerian cocoa industry, develop a framework for the regulation and monitoring of all activities in the cocoa sector in order to achieve transparency, traceability and sustainability,” he said.

He said that the NCMC would be powered by legislation through the National Assembly to give the process a legal backing.

The Minister pledged that the ministry would implement the LID system as the country strives to take cocoa production to a new height.

Michel, in response applauded the Minister for his hospitality and revealed that Africa produces about 80 per cent of cocoa “but the price is determined in Europe and there is need to address the issues of market force”.

He also pointed out that “Cote d’Ivoire, Ghana and Ecuador are the major producers of cocoa while Nigeria is the fourth producer of the product, saying that the product is a key to smallholder farmers in many countries.”

The Director, Federal Department of Agriculture, Mr Abdullahi Abubakar, represented by Mr Bendard Ukattah, a Deputy Director in the ministry, commended the Minister for his commitment to ensure that country cocoa value chain strives.

He also appreciated Michel and his team and the Federal Ministry of Industry Trade and Investment for their efforts and pledged the ministry’s cooperation to move the cocoa sub sector forward.