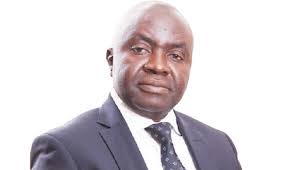 The report is the country’s 7th consecutive quarterly GDP growth since her exit from recession in the fourth quarter of 2020.

The 3.54 per cent GDP growth in the second quarter of 2022, which represented the highest sectoral growth.

According to him, the real sector of the economy grew marginally as agriculture grew by 1.2 per cent manufacturing 3 per cent and construction 4.2 per cent.

The service sector growth outperformed the real sector, reflecting the sectoral variabilities in the constraints faced by investors in the economy.

These were the sectors that posted positive growth in the second quarter of this year.

Yusuf, noted that many businesses are struggling to cope with the numerous challenges and shocks to the economy while the citizens are also experiencing serious economic hardship as a result of the galloping inflation and the impact on purchasing power.

Additionally, the Nigerian National Petroleum Company, NNPC, Limited has reported huge crude oil theft and vandalization of oil facilities in the oil producing areas, estimating that the country loses two billion dollars monthly on account of oil theft. Loses are also suffered on account of vandalization of oil facilities, pipelines and the activities of illegal refineries.

Yusuf, also noted that productivity and competitiveness issues continue to impact negatively on the performance across sectors of the economy while the general operating environment continues to be very challenging for most investors.

“Meanwhile, the GDP report has further underlined the dominance of the non-oil sector which accounted for 93.67 per cent of the GDP while the oil sector accounted for 6.63 per cent.

“However, the oil sector continues to play a leading role in the generation of foreign exchange and a significant role in the generation of government revenue. This underscores the persistent productivity challenges which has continued to characterize the non-oil sector of the economy. The non-oil contribution to our export earnings is still less than 5 per cent ” he said.

According to him, The service sector sustained its dominance in the economy. It contributed 57.4 per cent of the country’s GDP in the second quarter.

He further noted the key role of the maritime sector of the economy especially in the international trade process, promoting import and export trade as well as generating appreciable revenue and creating jobs.

The Sector he said is very critical to the supply chain of the Nigerian economy, but regretted gross under-reporting of the activities of the maritime sector by the National Bureau of Statistics.

He said, “For instance, in the Q2 GDP report, the maritime sector [water transport] was said to have contributed a mere 2.4 billion Naira to the GDP out of N45.5 trillion GDP for the quarter.

He therefore appealed to the National Bureau of Statistics to engage with stakeholders in the maritime sector to ensure a proper capturing of the activities of the sector and the contributions of the sector to the national economy,adding that the GDP figures over the years have been grossly under reporting the contribution of maritime to the national economy as the remedy on data quality is critical for planning and investment.