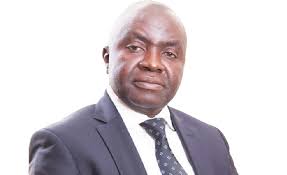 The Chief Executive Officer, CEO, of the Center For The Promotion Of Private Enterprises, CPPE, Dr. Muda Yusuf, has raised concern about Nigeria’s macroeconomic management framework which is continuously posing serious challenges to investors in the economy.

The situation he also said has been further compounded by the shocks and disruptions inflicted by the Russian invasion of Ukraine and the lingering effects of the COVID-19 pandemic.

Reviewing the country’s economy as the country marks her 62nd independent anniversary, Yusuf, warned that the fragile macroeconomic conditions remain a major cause for concern.

According to him, There are profound concerns around investment climate issues. High infrastructure deficit, cargo clearing challenges which has continued to worsen, high transactions cost at the ports, weak productivity in the real sector largely as a result of infrastructure conditions, regulatory challenges and policy inconsistency.

Persistent importation of petroleum products had continued to put pressure on foreign reserves and weaking the capacity of the CBN to support the forex market. Petroleum refineries have remained non-performing over the years.

He further said that the state of insecurity continues to take its toll on the economy, especially on agricultural output and fueling food inflation, adding, “It is also impacting the confidence of investors. The spate oil theft and the associate leakages of government revenue is very troubling. Billions of dollars have been lost to this apparent failure of security effectiveness in the oil producing areas.”

Taking a peep into the performance of the economy, he said, Over the past six decades the Nigerian economy has transformed from a basically agrarian economy to an economy driven largely by services and oil and gas.

“While the agricultural sector contributed an estimated sixty percent (60%) to the country’s GDP in the sixties, its contribution has reduced to about twenty three percent (26%) presently.”

He said, Conversely, the services sector has grown significantly since independence and now contributes over 56% of the country’s GDP. These are indications of a significant structural change in the Nigerian economy since independence. The service sector contribution to employment generation and revenue to government has risen sharply over time.

The over two decades of uninterrupted democracy, since 1999 reflects relative political stability which is also good for the confidence of investors, he said and also that the Nigerian economy had recorded impressive growth rate over the past decades although with a few instances of sluggish growth.

However he said that the challenge of creating an inclusive growth trajectory remains a major concern, stressing that , “While the economy had experienced some positive growth trend over the past six decades, especially in the oil boom era, the impact of poverty, inequality and job creation has been very minimal. This is what is characterized as growth without development.”

In the analysis he listed some sectors that have preformed well

Said Yusuf, “Some sectors have been significantly transformed over the past six decades. One of such success stories is the telecoms sector. The number of telephone lines in the country today is over two hundred million as against what obtained about two or three decades ago when the country had a mere three hundred thousand lines, with just a handful of mobile telephone. The economy has also witnessed considerable changes in the ICT sector and this has impacted many sectors through the digitalization of their processes and systems. We have seen increased traction in IT applications in many sectors of the economy. ”

Equally, he said the entertainment sector has grown in leaps and bounds over the last decade. “It has also grown in quality and in number. The sector has become a key sector to be reckoned with globally. Nigerian music and films have gained an amazing traction worldwide. This growth has come with massive job creation in the sector, especially for the youths”

Furthermore, the economy has witnessed impactful private sector footprints in many sectors, especially in the following: telecommunications and ICT, aviation, transportation, education sector, health sector, print and electronic media and many more.

Accordingly, the contribution of the Nigerian private sector to the Nigerian economy has grown in leaps and bounds over the years.

Going forward, Yusuf said there is a need for urgent steps to be taken to ensure a better macroeconomic management framework to stabilise the exchange rate, eradicate the challenge of illiquidity in the foreign exchange market and to stem the current depreciation of the Naira.

He also called for reduction on the level of debt financing especially the reliance on commercial debt to fund government operations, stating hat public debt is already at an unsustainable threshold.

Yusuf further advised that steps should be taken to attract foreign exchange through a strategy of ensuring new investment opportunities to stimulate foreign capital inflows into the economy. We should be seeking more equity capital than debt capital.

The security situation which has continued to deteriorate needs to be urgently addressed in order to mitigate the effects on investors’ confidence. There should be greater emphasis on quality intelligence in the war against terrorism.

There should be an immediate cessation of the impunity that has characterised the stealing of crude oil and the attacks on oil installations.

Institutional reforms are necessary to ensure that the regulatory institutions have better disposition to support the growth of investment and focus less on the generation of revenue.