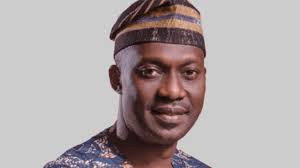 The Manufacturing Association of Nigeria, MAN, is foreseeing a situation where more operators in the manufacturing sector would close down and create more shock in the economy.

The Director General, DG, of the MAN, Segun Ajayi-Kadir, observed that the overall decline in both aggregate and sectoral performances, as captured in the Q3, 2022, Gross Domestic Product, GDP, report by the National Bureau of Statistics, NBS, could have far-reaching adverse effects on the manufacturers.

Ajayi-Kadir, said dominant among these include Lower Manufacturing Turnover.

He said that the GDP growth slowdown will most likely result in higher unemployment rate and coupled with high inflation rate, the economy is likely to face higher misery index that worsens the poverty level and further shifts consumers away from elastic manufactured goods.

This according to him, will eventually result in drastic reduction of patronage and lower sales turnover.

The DG, in his reflection said that the data provided by the report shows that Food, Beverage & Tobacco (48.8%), Textile, Apparels and Footwear (18.6%) and Cement (11.72%) were the top three contributors of the manufacturing sector in the third quarter of 2022, although only the Cement Industry recorded a higher contribution than the figure in the preceding quarter.

Speaking on heightened forex challenges he said the slag in the diversification drive implies further dependence on imported raw material and machinery, adding that the forex crisis bedeviling the sector is not likely to be resolved anytime soon.

Speaking further he said, “Considering that the revenue generating capacity of the government is hampered by high unemployment, the limited funds will slow down the provision of infrastructure and credit facilities necessary to boost productivity of the manufacturing companies. Otherwise, the government will resort into more borrowings and put the country in debt peonage.”

Continuing, he added, “The negative growth of the sector’s GDP sends a strong signal to potential investors in the sector. The impending result is negative investors’ sentiments and pessimism against provision of critical raw materials, technology and technical know-how required to promote the industry.”

Ajayi-Kadir, pointed out that Nigeria’s path to economic growth, industrialization and sustainable development has been compromised by inadequate attention to the numerous pressing challenges of the manufacturers who are meant to be the propellers of its long-term economic agenda.

In order to restore the sector to an enviable position in the global business environment and in turn propel an inclusive growth of Nigerian economy, MAN hopes that the government will facilitate the formal service sector to widen tax net and avoid multiple imposition of tax on the manufacturing companies, tackle insecurity and smuggling by upscaling capacity building and providing adequate security equipment and technology for surveillance and intelligence gathering.

The MAN also expects government to involve all stakeholders to play a vital role in supporting security along the oil infrastructure while also ensuring they are beneficiaries of the awarded surveillance contract.

Government it hoped should deploy means to reduce unemployment and boost productivity of the manufacturing by encouraging local sourcing of raw materials, improving infrastructural developments, resolving all credit and forex-related challenges, ensuring implementation of the Executive Order 003 and imposing cost-reflective electricity tariff and energy prices.

The Association called for jettisoning of the failing hard peg policy and establish a clear and transparent market framework to guide the interventions of the CBN in the forex market.

In addition the DG, said authorities should synergistically align monetary and fiscal policies while also curbing fiscal deficits by the gradual removal of fuel subsidy backed with appropriate palliatives for the poor.

The MAN also asked for the reduction on reliance of the country on imported products and raw materials by encouraging local sourcing through a comprehensive and integrated incentivized system since Nigeria is largely bearing the brunt of imported inflation.