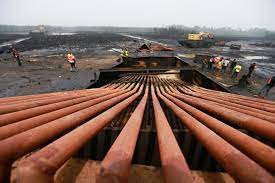 The refineries are reported to take over 1.7 million barrels a day, mbopd of crude oil from the global market in 2023, which could be a game changer for the continent’s economic stability and energy security. But the ability of countries like Nigeria to pump crude oil to meet demand remains a critical concern.

This comes amid a shrinking market situation as the pressure of banning fossil fuels intensify.

Nigeria, is one of the largest economies on the continent. Petroleum and related products make up more than 80 per cent of Nigeria’s exports, and the country is also a member of the Organization of Petroleum Exporting Countries, OPEC.

Nigerian oil is often of high quality too, as it is light in weight and low in sulfur. Multinationals such as Shell plc and Exxon Mobil Corporation are heavily involved in Nigerian oil production.

The country produced 1.13 million barrels of oil in November 2022 lower than allocation by OPEC due to production inefficiency.

Oriental News Nigeria reports that the Republic of Angola is an African country with a $213 billion GDP. Crude oil is its largest export, accounting for more than two thirds of Angola’s foreign exchange earnings. Angola’s oil revenues have also been a source of controversy, with vast sums of money going unaccounted for from the coffers of the Group Sonangol, which had controlled oil production in the country until 2019. Angola now manages its oil output through a new entity that is called the National Oil, Gas and Biofuel Agency (ANPG).

The NNPCL at the September Federation Account Allocation Committee, revealed said Nigeria lost as much as 8.14 million barrels in August.

Available data shows that contribution of the oil sector to the Gross Domestic Product of the country fell to 5.7 per cent in the third quarter of this year.

The National Bureau of Statistics, NBS, in its GDP Sector Report, had said that the oil sector’s contribution of 5.7 per cent in Q3, 2022, was a decline when compared to a 6.3 per cent real GDP contribution recorded in Q2-2022.

The account has depleted in the last eight years as a result of lack of inflows, oil market vagaries and the country’s revenue crunch, according to reports.