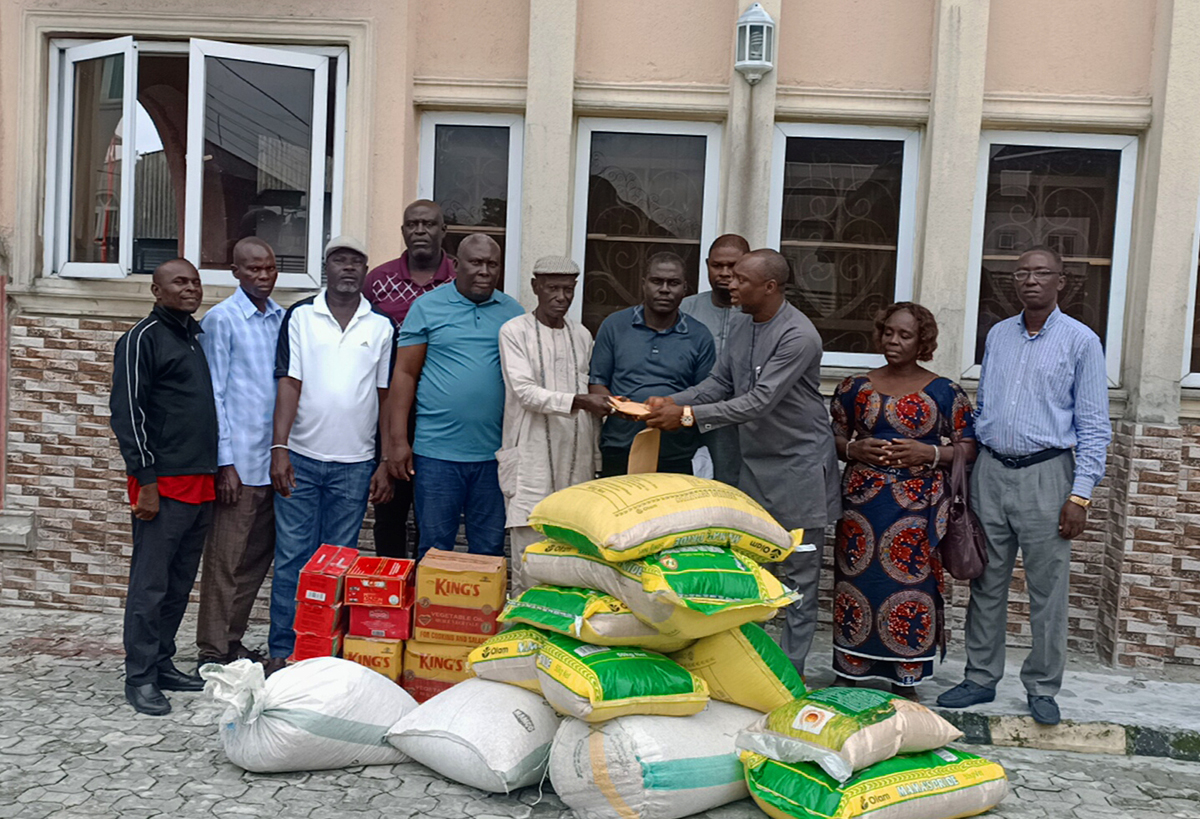 Elcrest Exploration and Production Nigeria limited has, on behalf of itself and the Nigeria Petroleum Development Company (NPDC), Operator of the OML 40 JV, presented various relief items to communities in Gbetiokun, Delta state, to ameliorate the effects of an oil spill from MT Harcourt (A mother vessel used by the JV to store produced crude oil before export) in Gbetiokun (OML 40). According to the company, the donations, which were a combination of cash and materials, are part of its social citizenship covenant with host communities.

Speaking during the well-attended presentation, Mr. Ewoma Agba, Elcrest’scommunity relations coordinator, explained that the donation was consistent with the company’s corporate social responsibility commitment to positively impactinghost communities and the environment. He said, “we have noticed with uttermost dismay the impact the spillage brought to Gbetiokun. The Joint Venture, being a reputable organization, is responsible and responsive to the plights of the community where it operates.”

He expressed the company’s empathy with the communities’ plight knowing that the oil spill affected vegetation and surface water which are the major source of their livelihood. Mr. Agba charged the community to be resilient, and the leaders to ensure judicious distribution of the relief materials to those in dire need, adding that the JV would monitor the exercise.

Responding on behalf of the Berisibi community, Mr. Prince Stanley Ekwejunor-Etchie, public relations officer (PRO) of the Beresibi Community, appreciated Elcrest and the JV partners for alleviating the plights of the persons affected by the oil spill and called on other corporate bodies and well-meaning individuals to emulate the kind gesture by supporting the affected communities.

Similarly, Mr .Bemigho Ebosa ,Eghoro Community’s public relations officer (PRO), lauded Elcrest’s representatives for ensuring the delivery of the materials and appealed to government at all levels, oil companies, and other relevant agencies to forestall a repeat of such occurrence which threatened the lives and economic mainstay of the community at the time it occurred.

Mr Eniyan Henry Tonwe, Chairman of the Ureju community, while responding to the gesture, thanked the JVfor the relief materials and assured that the items will be properly distributed.