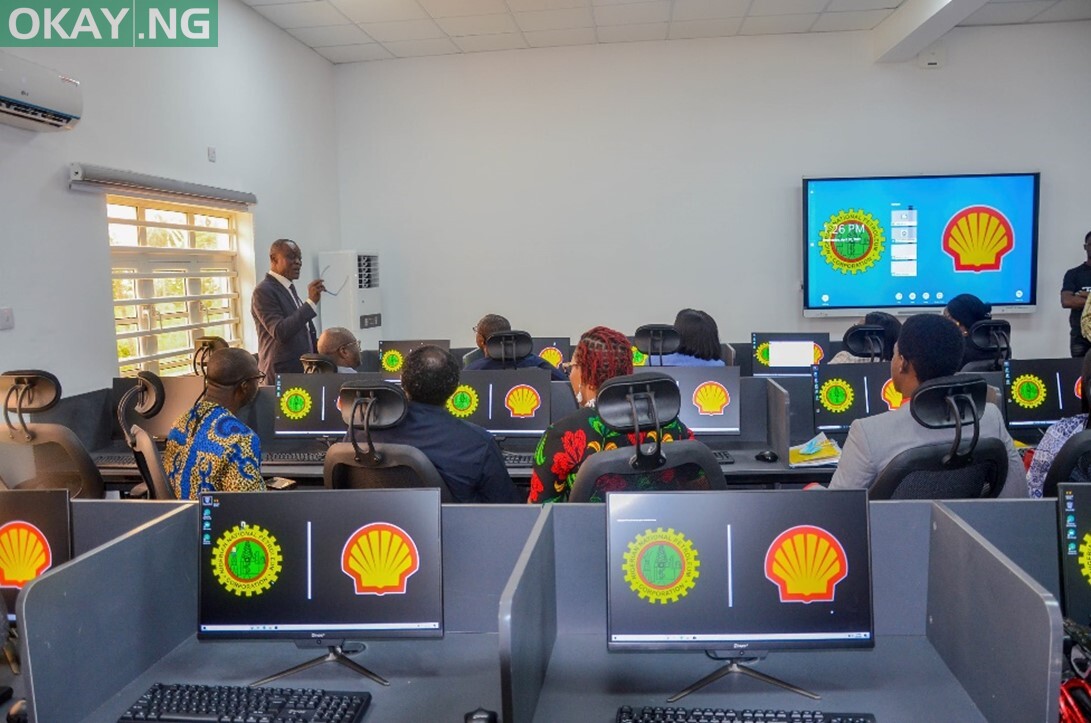 The Nigerian National Petroleum Corporation (NNPC) and Shell Nigeria Exploration and Production Company Limited (SNEPCo),, has inaugurated a state-of-the-art Information and Communication Technology (ICT) Centre at the Federal University of Petroleum Resources, Effurun, in Delta State. The 100-seater one-storey building was built and equipped by the NNPC and SNEPCo partnership to promote research, teaching and learning in a conducive environment.

Delta State Governor, Dr. Ifeanyi Okowa, said “the facility would go a long way in expanding the capacity of the students and staff of the university to compete locally and globally.”

Represented by the state Commissioner for Science and Technology, Mrs. Jennifer Adesen-Efeviroro, Governor Okowa commended NNPC and SNEPCo for the focused intervention which he said could not have come at a better time when the world is technology-driven.

“An ICT Centre in the modern world has an immense economic significance,” the governor said, adding that a prudent application of the facility to research, teaching and learning would catalyse innovations that would stand the university out among its peers.

Managing Director of SNEPCo, Mrs. Elohor Aiboni, describe the donation as one of the many intervention programmes of SNEPCo and its partners to set Nigerian schools on the path of accelerated digitalisation.

Elohor said, “Our educational system requires more investments beyond what any government can provide and that is why SNEPCo and its partners are focused on any support with the potential to boost the socio-economic development of Nigeria and its people.”

According to Aiboni, the NNPC-SNEPCo partnership with the support of the co-venture partners has delivered 33 ICT centres in secondary schools and universities across the country while two science blocks and laboratories have also been built and equipped to promote learning of Science, Technology, Engineering and Mathematics among secondary school students.

Group General Manager of National Petroleum Investment Management Services (NAPIMS), the investment arm of NNPC, Mr. Bala Wunti, also described the donation as a delight to NNPC which is keen on making significant impact in the lives of all Nigerians.

“We are keen on touching lives in many positive ways and this intervention, like many others delivered through our partners will go a long way in grooming Nigerian youths for the technological evolution in the world,” Wunti said.

Represented by the NAPIMS Deputy Manager External Affairs, Mrs. Edith Bunmi Lawson, said the ICT Centre “will help create a pool of IT savvy professionals whose skills are of high necessity and demand in this global century.”