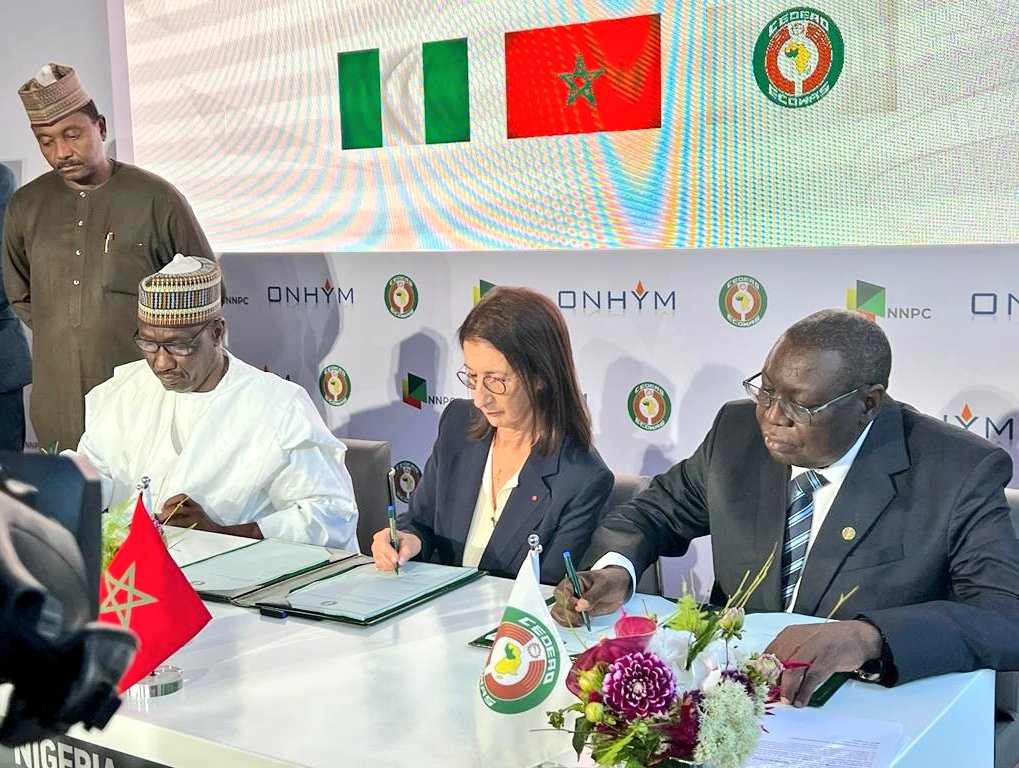 The Nigerian National Petroleum Company (NNPC) Limited has expressed optimism that widening the Memorandum of Understanding, MoU, in the course of implementing the Nigeria-Morocco gas pipeline will lead to timely delivery of the project.

The Company said it was comforting to witness steady growth of the project, especially with inclusion of NNPC’s counterparts and key institutions from other African countries, through execution of the relevant Memoranda of Understanding.

This expectation is coming after the NNPCL, signed five MoUs with national oil companies and relevant entities of five African countries on the Nigeria-Morocco Gas Pipeline Project.

Kyari commended NNPC’s partners, ONHYM, who have diligently worked with NNPC Limited through the years to bring the Nigeria-Morocco Gas Pipeline Project to limelight.

He recalled that on September 15, 2022, NNPC Limited and ONHYM signed a Memorandum of Understanding with the ECOWAS Commission in Morocco, adding that this event came a month after NNPC signed additional MoUs with Petrosen of Senegal and SMH of Mauritania.
He said: “Today, we will be attaining another feat by signing five MoUs with the national oil companies and relevant entities from Gambia, Ghana, Guinea, Guinea Bissau and Sierra Leone.

“From inception of the project to this stage, concerted efforts have been made by the governments of Nigeria and the Kingdom of Morocco, which led to the very commendable achievements recorded thus far.

“As the strategic vision of our great leaders gains momentum, I would like to express our appreciation to King Mohammed VI of Morocco and President Muhammadu Buhari of Nigeria for entrusting NNPC Limited with this strategic project.”
He stated further that the African continent stands to benefit immensely from execution of the project, which extends beyond the supply of gas to energise countries along the route.