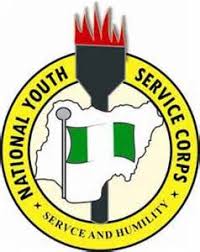 Management of the National Youth Service Corps, NYSC, has called on parents and serving Corps Members to be focused and concentrate on whatever they are doing without losing focus on disenchanted fake journalists bent on stripping the NYSC of its hard earned reputation.

The call followed a displaced and unpopular as well as weak, callous and uncharitable publications by jobless individuals who use social media to seek popularity with wicked publication indicating that some NYSC were slaughtered in Kaduna State.

The Management emphatically states that no Prospective Corps Members were slaughtered on their way to NYSC Orientation Camp, Kaduna State as reported.

“Indeed, the Nation lost five Prospective Corps Members travelling to the Orientation camps in a ghastly motor accident on Abuja/Kwali Road last Wednesday, at about 2:00am in the morning.

The remains of the national heroes and heroine were flown to their respective home States yesterday, preparatory for burial. The unfortunate incident is a great loss to their families and the Nation. May their souls rest in peace.

Regrettably, some people have twisted the sad story of the autocrash, by making allusion that the Prospective Corps Members were slaughtered.

The purpose of this ungodly act is to cause panic and disaffection among the citizenry, which is highly mischievous and leaves a bitter taste in the mouth.

“The general public is hereby advised to disregard the story as the said incident never happened, but a figment of the writer’s imagination.” said the management.

Management wishes to implore the purveyors of this  fake news and others to have a rethink.

“It behoves us to work individually, collectively and in concert to build a great Nation that we shall all be proud to bequeath posterity. This cannot be achieved by wilful spread of fake news.

The Scheme on its part shall continue to be alive to its responsibilities not only to Corps Members, but the entire citizenry as well.” it said.