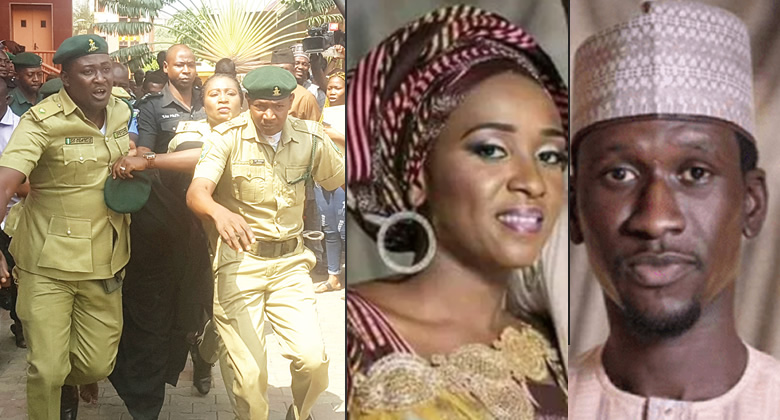 The Presidency has on Thursday denied granting a pardon to Maryam Sanda, who was sentenced to death for killing her husband.

This was disclosed by Bashir Ahmad, Personal Assistant on New Media to President Muhammadu Buhari via his verified handle on the micro-blogging site, Twitter.

His clarification comes amid rumours that Maryam Sanda was among those released; after President Buhari announced a presidential pardon for 2,600 inmates across the country on April 9, 2020.

However, Maryam Sanda has filed an appeal against the ruling of the FCT High Court. The appeal is yet to be determined.

Meanwhile, the Nigeria Correctional Service (NCoS) had indeed debunked reports that the convict had been released.

Public Relations Officer of the Service, Chuks Njoku, in a statement on Thursday, described the reports as fake.

“The attention of NCoS has been drawn to the news making the rounds that Maryam Sanda was granted presidential pardon on Thursday April 9, alongside some 70 other inmates at the Medium Security Custodial Centre, Kuje. The Service wants to categorically state that the news is fake and very unrealistic; and an attempt to rubbish the good intention of the President towards decongesting the custodial centres.

“The Minister of Interior, Mr Rauf Aregbesola clearly stated the categories of inmates qualified for the amnesty; while addressing a news conference on April 9.

“According to Aregbesola, inmates sentenced for violent extreme offences such as terrorism, kidnapping, armed banditry, rape, human trafficking; culpable homicide and the like are not qualified for the Presidential Pardon. However, convicts who are 60 years/above, convicts serving three years and above with less than six months to serve; inmates with ill-health likely to terminate in death are qualified.

Njoku added that Sanda did not meet any of the mentioned requirements. Therefore, he stated that she did not benefit from the Presidential pardon and clemency.

“We further want to assure the public that Sanda is in our custody and will remain as such,” Njoku disclosed.