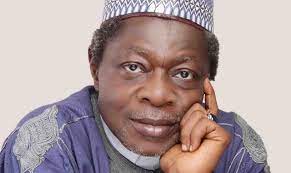 This is the concluding part of this write up, having done parts one and two a few weeks earlier.

“When that is not the case, the victim’s faith in his country gets punctured. With the country’s might demystified in his eyes, he can fantasize about the power and invincibility of his captors. Is that Amuta’s case? In a country weighed down by increasing insecurity, where life has become short, nasty and brutish, such victims may feel they are ‘safer’ in the hands of the terrorists. We need to do a lot of things in Nigeria to help citizens regain their trust in the country.”

The earlier we realise and accept that we are at war with an enemy that draws its strength from Nigerians who believe the system has turned them into second-class citizens, and get their strategies and tactics from the veterans among the rank and file of ISIS, the safer for us.

As a matter of urgency, the government must brace up to fight this war and do all it must to cut off the terrorists’ recruitment base and stop allowing them to prove how strong they are.

Henceforth, citizens everywhere should be made to feel they have governments at all levels that are responsible and sincere and ready to serve them, and not the other way round. We should no longer hinge justice on accidents of birth, geography, and/or religious beliefs, just as they should not be barriers to the prospects of upward social and economic mobility.

We had said: “A citizen sees his country in the image of a father. Children lose hope in a father who shirks his responsibilities. They see him as the anonymous lover who, heartbroken, wrote: “I am afraid to love you again. But whenever I see you, I just want to hold you in my arms forever. You had promised to protect me forever and never to hurt me for once, but you have broken that promise, just the way you have shattered my heart, too.’

“The yet-to-be-found Chibok girls and all their loved ones can say these words about their fatherland. All Nigerian children and their loved ones kidnapped or killed by Boko Haram in the North-East or its other arm, the bandits in the North West and North Central, can borrow these words too. Even those released after their people have paid their ransom can adopt these words. Nigerians who believe more could have been done will be at home with these words. Do you think those appalled at how Boko Haram terrorists who were “rehabilitated” and released into society disappear will not see these words as apt?”

Government must also be law-abiding for citizens to follow suit. In another article, “El-Zakzaky, Police/Shia Clashes: A word of Caution,” written on April 30, we captured that when we said: “The government, which should show Nigerians, through its actions, that court orders are obeyed, has rather committed the same offence it was accusing the Shias of – not obeying constituted authority and an arm of the same government…hard to swallow but the best in the circumstances is for government to accept the verdict of the Judiciary, an arm of government in a democracy…However, from whatever angle you look at it, the government’s disrespect of a court order does not portray it in good light. Such acts breed malcontent and also imply a festering breach of law and order by citizens, leading to anarchy.”

Without a doubt, justice is a critical component of having a safe and peaceful society. Crimes must not only be investigated, but punished. In “Of goose, justice and equality” written on this page on November 30, 2020, we wrote, “Our rulers know we are a people with selective amnesia. So they play with us, hiding the iniquities of their class against the nation whenever appropriate. Just recently, our judicial system regaled us with cases of Siemens and Haliburton and Dasukigate with some culprits coming to courtrooms in wheelchairs. Where are they and what is the status of the cases?

In the treatise, “Pray, who wants Zulum dead?” We pointed out that a state governor, Nyesom Wike of Rivers State, had in May this year accused Major General Jamil Sarhem, GOC 6 Division of the Nigerian Army, of involvement in illegal oil bunkering in his state and the army said they would investigate. We then said, “but we are yet to hear the report of the army’s investigation”. Who has heard, please?

“We no longer talk of our Chibok girls or Sadiq Ogwuche, the man who masterminded the bombing of Nyanya in the FCT on April 14, 2014, in which at least 88 Nigerians perished and over 200 others were injured. Even recently, there were explosive revelations at the Niger Delta Development Commission (NDDC) but, well, this case too might have gone with the wind. Failing to pursue cases of the infringement of the law only breeds more lawbreakers. At the end of it all, the government may lose control, and the nation will end up the loser. We are gradually seeing what Latin American countries went through in the 80s and 90s that made the world regard them as Banana Republics.

“While not pursuing justice is a recipe for disaster, inequality before the law breeds malcontents and the feeling of not being treated with fairness. A nation is to its citizens what a father is to his children. Just like we expect a father to hide his preferences and treat his children equally, a nation should treat its citizens with equality and fairness, irrespective of any natural or assumed differences. Death is death, and I see no reason why powers that be can stand still for a dead minister’s daughter and not for scores of citizens slain by terrorists.

“We can only get it right as a nation when we treat everyone with equality. Our judicial system and law custodians must also treat people with equality concerning their crimes. An instance that need not leave the consciousness of good citizens has to do with a comparison between Shiites in Zaria and #EndSARS protesters. The army ended the lives of the Shiites in numbers for blocking a road. In contrast, the #EndSARS protesters who blocked streets in Abuja for days got treated with awe. Was it an oversight, travesty of justice or just selective application of the law, assuming there is a law that says blocking roads attracts summary execution? Some said it was because they touched the chest of a General. But a General, even though newly retired, was killed and cannibalised elsewhere with no retribution. So, where is equality before the law? Take note; I am not saying there should be retribution in the latter case. No breach of the law or extrajudicial killing is excusable.”

But we never tire of echoing what we believe will set our country on the path of righteousness. For writing under the topic, “Nigeria: How do I begin?” on June 22, 2020, we still asked: “Will the yet-to-be-investigated allegation of Nyesom Wike against a general engaged in ‘oil bunkering’ be a good beginning or the case of the murdered and cannibalised General Idris Alkali take the honour? Perhaps the forgotten case of the vehicles found in the Dura Du Lake of death or maybe the report of the post-2011 election violence or, better still, that of the PDP woman leader burnt alive in Kogi or perhaps Bola Ige’s, Funsho Williams’? Many others are competing for attention. For instance, who killed Deputy Commissioner of Police Usman Umar one year ago? What happened to the Chibok inquiry or Rotimi Amaechi’s allegation that Femi Fani Kayode collected N2 billion as aviation minister and bolted away with it?

“I do not think I should also begin with any of the plethora of cases we abandoned and swept under the carpet. It suffices to say such an attitude, either out of selective amnesia, sentiments based on any affiliation or personal interest based on any mundaneness, breeds nothing but the feeling of injustice and unfairness. That gives rise to discontent and malcontents which make people become prosecutors, judges and executioners in matters that otherwise they would willingly submit to the authorities. And our security and judicial systems get mired in confusion.

“Once a nation-state finds itself in such a situation, only a few options are left for it to continue. Sheikh Usman Dan Fodio’s ethos for a nation’s survival should become a national creed. Its leaders must urgently embrace justice and fairness and the laws of the land must equally apply to king and serf. Then the leaders must truly see leadership as service to the fatherland and not a means for them and their families to aim at owning the land. In his book, Bayan Wujub Al-Hijra, the revered scholar, revolutionary and founder of the Sokoto Caliphate, said: ‘A kingdom can endure with unbelief, but it cannot endure with injustice.’”

The easiest way to serve the people is to empower them to easily access basic needs. The little money in their pockets should be valuable enough to guarantee that. Once the people can afford basic needs because of leaders’ efforts, the crime rate and discontent will take flight. What way is better to empower than to provide work for the majority?

WHY I WROTE A BOOK ON FASHION SHOW PRODUCTION – RAYMOND UKAEGBU

What will your cup of coffee look like in 2030?