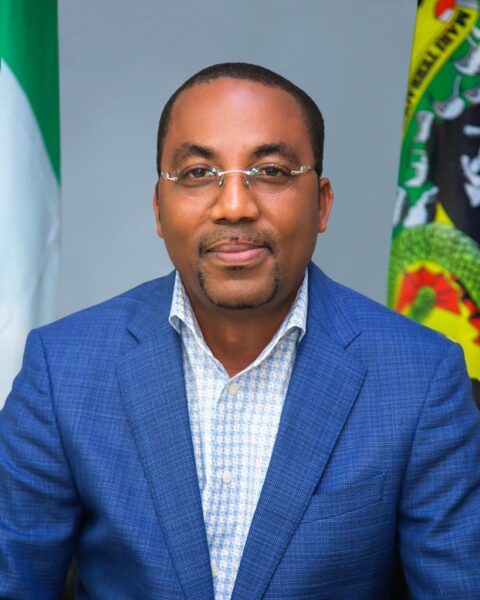 Bello-Koko made this known at the 2022 Zenith Bank International Trade Seminar on non-oil export on Wednesday in Lagos.

The seminar had the theme: “Unlocking Opportunities in Nigeria’s Non-Oil Export Business.”

Bello-Koko said that there should be proper synergy between vessels that come into the country as well records of the ones that leave the ports.

He said the authority had deployed truck electronic call-up system to ease movement of cargoes into the port.

Bello-Koko added that the NPA had created pregates where trucks would park before entering the port.

“We are working with the government to ensure diversification of the economy and we are encouraging non-oil export.

“Also, not just about deploying e-call-up system, we have licensed 10 export processing terminals.

“The terminals are supposed to be at locations whereby one stalk, process, package, certify, seal and send it directly to the port.

“And so for the export processing terminals that were created, we expect the Nigeria Customs Service and Standards Organisation of Nigeria to have export desk there for certification,” he said.

The NPA boss noted that three out of the 10 export processing terminals would come on stream shortly.

Bello-Koko noted that barges were also introduced at a cost borne by the exporters thereby making export more expensive.

He explained that the export terminal would reduce the burden in future.

He also called for the introduction of a National Single Window to ease movement of cargoes in the country.

“Automation is key to reducing congestion and will ensure quick processing of export and import documentations.

“In the documentation, whether import or export, all starts with the consignee and the form is Form M and this has to do with port destination, loading and discharging.

“So, there is a need to have one form that serves everybody and that is the National Single Window where all transactions will be done, even payment.

“One bulk payment can be made and everybody is paid separately at the same time. This is obtainable in other neighbouring African countries and I believe we can do so here,” he said.

Also, Mr Godwin Emefiele, Governor, the Central Bank of Nigeria (CBN), noted that they had introduced various initiatives and interventions that would harness the opportunities in the non-oil sector to create wealth for the country.

“We have the N500 billion non-oil stimulation facilitation, Commercial Agricultural Scheme Act for agricultural commodity and many others,” he said.

He added that Nigeria should look inwards for economic growth and development.

Earlier, Mr Ebenezer Onyeagwu, the Group Managing Director, Zenith Bank, in his welcome address, noted that opportunities in the non-oil export was expansive and inclusive with huge value chain.

Onyeagwu noted that the company was using the seminar to create an awareness to rejuvenate the country’s foreign earnings.

He said that since the inception of the seminar in 2016, they had achieved numerous results such as: changes in policy implementation, transparent record keeping and enhanced funding, among others.

CAN Dissociates Self From Bishops Who Attended Shettima’s Unveiling