NYSC Board Expresses Confidence On Management 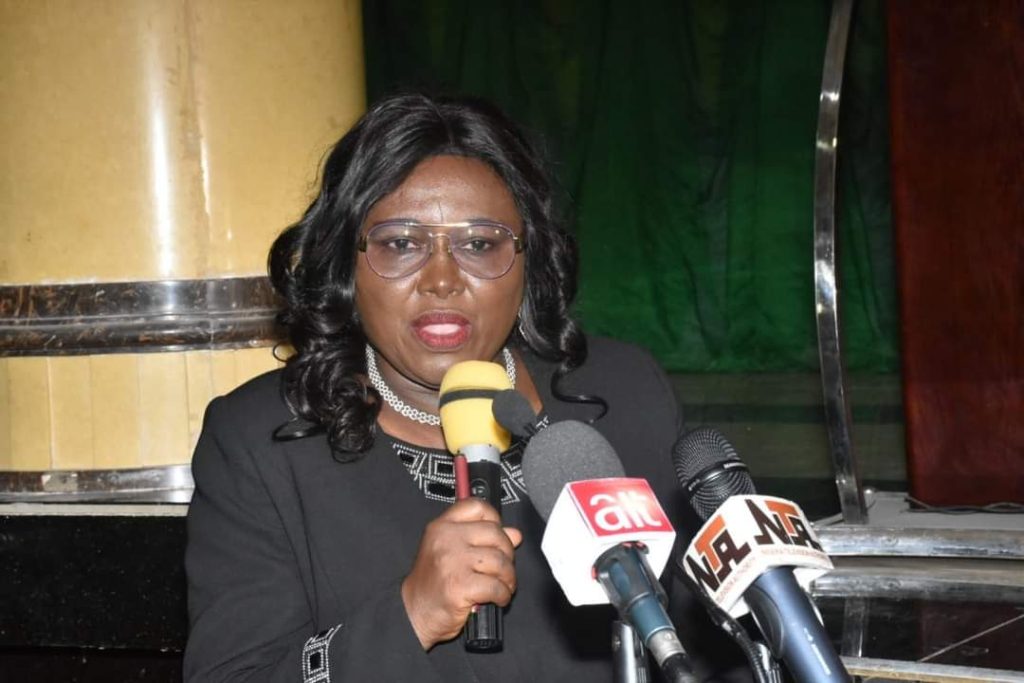 The Chairman, National Governing Board of the National Youth Service Corps, NYSC, Ambassador Fatima Balla Abubakar has expressed satisfaction on the leadership style of the managers of the Scheme.

She said the cordial relationship between the NYSC Management, Staff, Corps Members and other Stakeholders is highly commendable.

Abubakar, who stated this in her goodwill message at the 2023 Batch ‘A’ Pre-Orientation Workshop held in Abuja, declared, “The Management is doing very well. We don’t have problems with our Corps Members and everything is working well”, she said.

She appraised the state of Orientation Camps in the country, adding that some of the facilities are good while she has been advocating through the State Governors for the upgrade of others.

The Chairman also assured of NYSC’s readiness and neutrality during the 2023 general elections.

“We will do all things to ensure that our Corps Members are safe during the elections by collaborating with all the security agencies”, she said.

The Minister of the Federal Capital Territory, Abuja, Alhaji Muhammed Musa Bello while declaring open, the 2023 Batch ‘A’ Pre-Orientation Workshop, themed; “The NYSC Orientation Course as a veritable tool for Socio-Cultural and Moral Re-Engineering of the Nigerian Youths”, also commended the efforts of the Acting Director General of NYSC in repositioning the Scheme for optimal performance by deploying a wealth of analytical skills at ensuring the realization of the NYSC set goals.

He added that the FCT Administration shall not relent at providing the necessary support to the NYSC at all times especially as it relates to the security and welfare of all Corps Members.

Alhaji Bello, whose address was read by the Director, Social Development Secretariat, FCT, Ambassador Asabe Umar urged the participants to use the Pre-Orientation Workshop as an avenue to review the previous Orientation Course with a view to improving performance in subsequent ones by mapping out strategies and programmes for a hitch-free forthcoming Orientation Course.

In her welcome address, the NYSC Acting Director General, Mrs Christy Ifeyinwa Uba said Management is working closely with critical stakeholders for the successful conduct of the forthcoming 2023 Batch ‘A’ Orientation Course.

She expressed gratitude to the Federal Government for its unwavering faith in the Scheme, as demonstrated through sustained provision of funds for the smooth conduct of NYSC operations.

“Despite the tremendous successes recorded by the Scheme, there are certain operational challenges bordering on inadequate/ dilapidated facilities at some Orientation Camps among others.

Ladies and gentlemen, it is heartwarming to note that the NYSC Trust Fund Bill is currently awaiting assent by Mr President. Once it comes to fruition, corps entrepreneurs will draw seed capital from the fund for the development of their businesses. This will not only provide job opportunities for millions of youth but will also reduce the rate of insecurity in the country”, She said.

In his introductory remarks, the Director, Planning, Research and Statistics, Alhaji Ahmed Wada Ikaka appreciated the Minister of FCT, Mallam Mohammed Musa Bello alongside other guests for gracing the occasion.