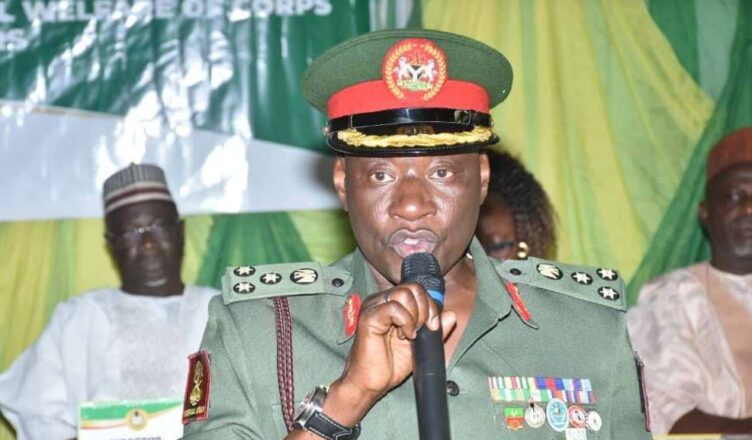 Officials of the National Youth Service Corp, NYSC, have been challenged to be creative, avoid all forms of malpractice and demonstrate the highest degree of responsibility in the discharge of their duties.

The Director General, DG, of the NYSC, Brigadier General Muhammad Kaku Fadah stated this in his address at the opening ceremony of the Corps Welfare and Health Services Schedule Officers’ Workshop held in Abuja.

Participants for the workshop were drawn from the thirty-six State Secretariats, Area Offices and the FCT.

Speaking on the theme; “Capacity Building to Enhance Security and General Welfare of Corps Members”, Fadah said the workshop is aimed at equipping participants with techniques for effective handling of Corps Health, General safety and other welfare matters.

He stated further that it would enhance their ability to surmount emerging challenges in Corps administration.

He said the workshop also underscores the commitment of management to the implementation of one of the focal points of his administration’s policy thrust on the improvement of the security and general welfare of Corps Members.

“While assuring you of Management’s support for the successful discharge of your duties, l urge you to always be creative, shun all forms of malpractice and demonstrate the highest degree of responsibility as you are expected to serve as role models for the Corps Members, and show empathy to them, especially when they are in need of care.

While acknowledging our ability to keep pace with the current trends in Corps discipline and reward, we must not not lose sight of the fact that all our actions are subjected to public scrutiny “, the DG said.

He implored the Schedule officers to use the workshop to gain more knowledge on the processes and procedures for handling disciplinary cases as well as reward through Honours Award at the Local Government, State and National levels.

The Director General enjoined the officers to brace up for the tasks ahead adding that, “I wish to remind you to redouble your efforts in our bid to take the Scheme to more enviable heights as the nation will witness the Golden Jubilee of the Scheme, the general elections and the conduct of the National Population and Housing Census.

The Independent National Electoral Commission and the National Population Commission are expected to enlist Corps Members as adhoc personnel for these programmes.

I must stress that we cannot afford to record any failure at the same time Nigerians are expected to roll out the drums in celebration of our five decades of unequalled contributions to nation building.

It will be a moment when your guidance, coordination and supervisory capabilities as field officers will be put to test”, Fadah added.

The Director, Corps Welfare and Health Services Department, Alhaji Ladan Baba in his remark said the department considered it necessary to develop the capacities of the Schedule Officers with a view to improving the quality of documentation , handling and presentation of cases concerning Corps Members’ safety, wellbeing and entitlements.

He added that the Schedule Officers would be adequately equipped with the necessary skills in meeting emerging challenges and also engineer self confidence in performing their duties.

In their separate goodwill messages, the Managing Director/CEO of Capital Express Assurance Ltd, Bola Odukale and Misari Ibiam, Deputy General Manager, Formal Sector from the National Health Insurance Authority (NHIA) urged for sustained partnership with the NYSC for the benefit of all Corps Members.