NYSC TODAY: MORE RELEVANT THAN EVER 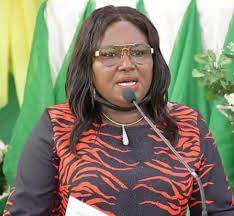 One of the objectives of establishing the National Youth Service Corps (NYSC) is to “inculcate discipline in the Nigerian youth by instilling in them a tradition of industry at work, and of patriotic and loyal service to Nigeria in any situation they may find themselves”.

This is also in tandem with the vision and mission of the Scheme which make the youth the centre of its focus in ensuring national development, riding on their ingenuity, amenability to be mobilized in the national interest as well as their virility; all of which make them the most suitable demography for optimum impact.

It is pertinent to note that prior to national service, the youth have undergone series of guided academic rites of passage in their journey to adulthood which saw them through the nursery, primary, secondary and tertiary education.

For most of them, they were tele-guided by their parents, guardians and sponsors into making life choices like choosing specific subjects and courses which would ultimately lead them to career paths clearly dictated by their benefactors. At this point, a greater number of them are still appendages of the whims and caprices of their benefactors as “he who pays the piper dictates the tune”, although it would no longer be for long.

But when they are mobilized for national service, this is the period the youth seem to advance from the confines of their benefactors into a fresh threshold of independence in thought and action, coupled with the huge responsibility that comes with their attainment of adulthood. This drive to be independent is huge and can easily be fueled by the consciousness of endless possibilities of earning income as opposed to selfless service either to humanity or the nation. This is where the NYSC comes in.

The one-year national service is divided into the four cardinal programmes of Orientation, Primary Assignment, Community Development Service and Winding-up/Passing-out. In each of the programmes, the NYSC, as a deliberate policy, promotes the spirit of patriotism in the Corps Members in line with its mandate.

For the Orientation Course which is the first of the four programmes, the Corps Members are daily made to sing the national anthem just like they did in their primary and secondary school days. They are also made to recite the second stanza of the national anthem as a national prayer. They are made to respect the national flag during its raising by six in the morning and lowering by six in the evening. This has a refreshing effect on their psyche as it re-awakens them to national consciousness.

They are also taught the NYSC anthem which explains in vivid terms what is expected of those who have answered the clarion call in the upliftment of the nation, “under the sun or in the rain”. In addition, the Oath of Allegiance which is usually sworn to, by Prospective Corps Members, administered by the Chief Judge of the Federal Capital Territory and the various states emphasizes the centrality of selfless service to fatherland as the sacred duty of Corps Members, towards the realm to which they are being admitted into.

In the course of the Orientation programme, the Corps Members are also exposed to the leadership training of officers of Citizenship and Leadership Training Centre popularly known as Man O’ War. Their training comes in terms of both instructions bothering on leadership as well as physical activities which task the ability of the Corps Members to overcome obstacles. All these are deliberate efforts geared at equipping the Corps Members with the right attitude and focus while pursuing national development through selfless service.

Again, the Orientation Course content includes cultural carnival as well as traditional lecture where the customs, traditions and way of life of the host communities are introduced to the Corps Members. This lecture gives the Corps Members a sense of history and help them understand as well as track the trajectory of development, so as to rightly align themselves in the right nexus in order to contribute their quota towards extending the frontiers of national development.

The Corps Members are also exposed to normalizing volunteerism by giving them the opportunity to sign up to join the various committees for the effective administration of the camp. Their constitution into platoons also assist the Corps Members in team building towards a common objective. In this scenario, each person naturally unleashes individual talents freely towards ensuring the success of the platoon in the various inter-platoon competitions.

After the Orientation programme, the Corps Members are posted out to various places of primary assignments where their training and education are put to task. The Corps Members are expected to carry out their duties selflessly as the basic statutory obligation of their employers are restricted to accommodation and transport or a sum in lieu. With this in place, it actually means that they are not being paid for their services.

The last lap of the four cardinal programmes of NYSC is the Winding Up and passing-out parade of the Corps Members. It is filled with activities geared toward rounding off the service year and getting the Corps Members ready for life after service. One of the major activities include the Job Awareness Campaign where the Corps Members are exposed to available careers that await them in addition to the in-camp and post-camp Skills Acquisition and Entrepreneurship Development training, packaged by NYSC to positively engage them to contribute their own quota in the gross domestic product of the nation.

Also, the Certificate of National Service and other NYSC instruments given to Corps Members as well as other exempted and excluded graduate youths respectively cover them under the NYSC Act to seek for employment anywhere in the country. This gives them a sort of national consciousness and responsibility.

It is therefore evident that beyond being a constitutionally backed youth institution, NYSC has over the years assisted in molding the Nigerian youth into imbibing the tenets of patriotism and love for one’s nation, through deliberate and dynamic programmes tailored towards aiding the youth to discover that the path that leads to a great and successful individual life is indeed a subset of the labyrinth that leads to a great nation.