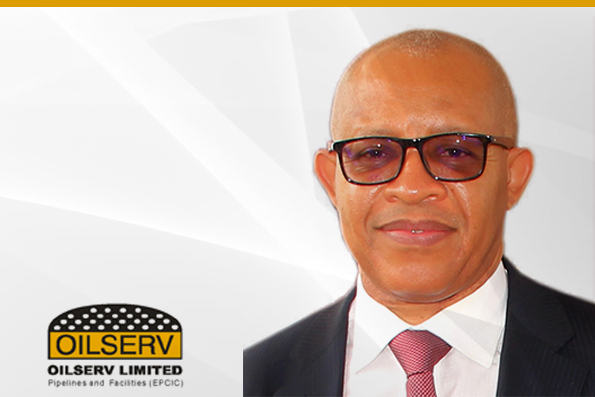 Oilserve, an indigenous oil servicing firm handling the Obiafu-Obrikom -Oben (OB3) ‘Lot A’ gas pipeline project has assured that given the commitment and spate of work already done the project would be completed by September this year.

The Chairman/CEO of the company, Engr. Emeka Okwuosa, gave the assurance at the Just concluded Offshore Technology Conference (OTC) held in Houston, USA.

The Oilserv chairman explained that the project is quite a challenging one, adding that the company has always shown commitment in the process of executing the project from Engineering, Procurement Construction (EPC) stages.

He disclosed that, the OB3 Gas Treatment Plant (GTP) is the largest in Nigeria and by extension Africa with a capacity of two billion standard cubic feet of gas per day (2bscf/d).

On the project delay, he said that few changes in the entire design concept alongside some shortcomings led to some setbacks in the initial delivery date.

It would recall that Oilserv Limited, a leading Engineering, Procurement, Construction, Installation and Commissioning Company in Nigeria has been a major player in the industry since her inception in 1992 and has contributed immensely to the development of pipelines systems infrastructure in Nigeria, having executed various large and medium scale projects.

“No pipeline of this size and capacity has been built in Nigeria. You will recall that in the 70s, 80s, and 90s, we have the likes of Wilbros, Mark Demon and others that were not Nigerians pipes, even at that, if you look at all pipeline infrastructure today, you cannot equate it with the pipelines  built by Oilserv.

“Let us also put it in perceptive that, it is not about the pipeline. We have the GTP at OBEN which is the heart of our scope. The GTP will handle two billion SCF of gas per day.This has never existed anywhere in Africa.

You have to be there and see the massive nature of it. When you talk about building OB3, is not just building a pipeline. Our own section would take the gas from mid-point all the way to Oben plant including the Oben plant itself.

We finished our own pipeline three years ago, but the treatment plant took a longer time because the location was changed from Oben North to the GTP location and that took us two years to go through the re-engineering process, getting the approval and finance.

At the moment, the pipeline and the GTP facilities are going through pre-commissioning.

The Oilserv Chairman lauded the Federal Government and the NNPC for providing the opportunities for indigenous companies to flourish in the oil and gas industry.

Recently, NNPC lauded the management of Oilserv Group for its contribution towards the development of the country’s gas supply via the construction of biggest pipeline in Nigeria, the East-West Gas Pipeline Project popularly called OB3 Project (136km x 48 inch).

The Company, NNPC said, has demonstrated indigenous capacity and expertise which used to be the forte of international EPC companies in Nigeria and have earned a reputation for quality, safety and on-time delivery of projects.

Speaking at the inspection of the project by some key officials of NNPC and the Nigerian Gas Company (NGC), COO, NNPC, Gas and Power, Engr. Saidu Mohammed, stated that the project is an aid to government dreams and aspirations for the sector.

“This is a project that we have been waiting for in Nigeria and we are glad that the contractor is performing towards bringing light at the end of the tunnel. What I have seen so far is very impressive and the deadline of completing this project is achievable as all materials needed for the completion of the work are on ground.”

Also speaking,  Managing Director, NGC, Engr. Tunde Bakare said “From what we have seen so far, Oilserv has done very well. The GTP is massive with a capacity of two billion standard cubic feet per day (2bscf/d). What is left is just the piping work and we are sure that by September 2019 we will have the Vice President here to commission the project’’.