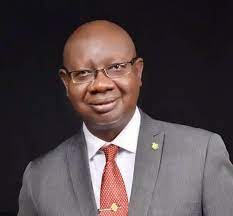 The Nigerian Association of Chambers of Commerce, Industry, Mines and Agriculture (NACCIMA) has appointed Mr. Sola Obadimu as its Director General.

Before this appointment, he was the Director-General with the Nigerian-American Chamber of Commerce (NACC).

With a rich background in management of Membership-based institutions generally and Chambers of Commerce in particular, he had also served, at various times, as the Executive Secretary of the Nigerian Society of Engineers, Director-General at the Nigerian-British Chamber of Commerce, Founding Executive Secretary at the Nigerian-South African Chamber of Commerce and Acting Director-General with the Institute of Directors, Nigeria (IoD) among other high-profile professional and trade-development related responsibilities in the past.

Obadimu is a proven and recognized institutional administrator with a proven track record and he is widely acknowledged accordingly within the Nigerian private/public sector circles. Obadimu served as a part-time Investment Promotion & Business Development Consultant for the UNDP/Columbia University’s Millennium City Initiatives (MCI) project geared towards attracting foreign direct investments to Africa which culminated in presentations at the Millennium City Day at KPMG House in London in December 2008.

A product of Abeokuta Grammar School, Obadimu holds a B.Sc in Chemical Engineering, an MBA as well as an M.Sc. Economics, all from the University of Lagos. He also served as an alternate Member on the Security and Exchange Commission (SEC)’s Committee on Corporate Governance of Public Companies in Nigeria between June-September 2000, the report of which was eventually published in 2003.

Obadimu is a regular public opinion contributor in several Nigerian publications (and periodically on electronic media) and he has made several management/trade development presentations at seminars and other fora. He has attended many capacity building programmes both within and outside Nigeria, including International Chamber of Commerce (ICC) developmental programmes.

In 2008, he was a specially invited overseas delegate by the American Chamber of Commerce Executives (ACCE) at their annual convention in Pittsburg, Pennsylvania, USA.

This appointment follows the expiration of the tenure of former Director General, Ambassador, Ayoola Olukanni and the exit of the erstwhile Acting Director.