Obasanjo Pay Condolence To Makinde Over Demise Of Soun Of Ogbomoso, Olubadan 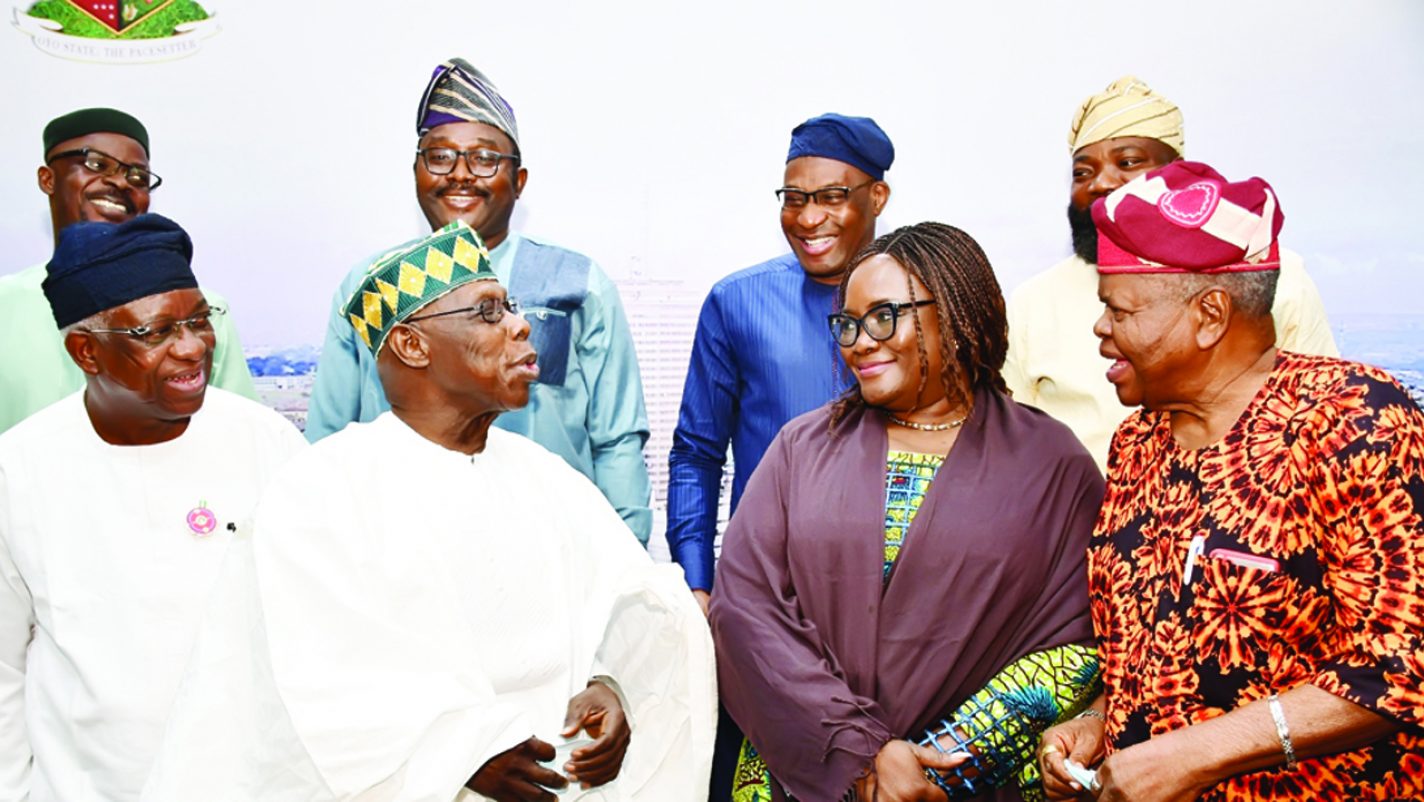 Chief Olusegun Obasanjo, on Thursday, paid condolence visits to the Governor of Oyo State Governor, ‘Seyi Makinde over the demise of the Soun of Ogbomoso and the Olubadan of Ibadanland, who died on December 12 and January 2 respectively.

Obasanjo, who was accompanied by Otunba Oyewole Fasawe and a former Secretary to the Government of Oyo State, Chief Olayiwola Olakojo, said that he was pained by the demise of the two mornachs; the Olubadan of Ibadanland,  Oba Saliu Adetunji and the Soun of Ogbomoso land, Oba Oladunni Oyewumi, Ajagungbade III.

He explained that  demise of the duo is a great loss to the state, praying that God accepts their souls into respite and eternal rest.

He said: “Let me thank you for receiving me even at short notice because I have been away when a few things had happened in the country and this state. But getting up on my feet, I thought I should pay condolence visit to Oyo State where, within a short period of time, you have lost two of your highest traditional rulers to death.

“So, I had to take it upon myself to pay condolence visit to the families of the late Olubadan and late Soun of Ogbomoso land. And I thought that it would be inappropriate for me to come to Ibadan, go to Ogbomoso and the governor is not visited.

“My prayer is that God will accept their soul into respite and eternal rest. Once again, condolence for the demise of these great traditional rulers in Oyo State.”

While receiving the former President, at the executive council chamber of the Governor’s Office, Agodi, Ibadan, governor makinde appreciated Chief Olusegun Obasanjo for the condolence visit.

The governor who was represented by his deputy, Engr.Abdul Rauf Olaniyan,  said that one of the strengths of the Chief Olusegun  Obasanjo is being humane.

He said: “On behalf of the governor of Oyo State, we are receiving you to the state. We really want to thank you. Everybody knows that one of your cardinal tag is being humane, which has brought, even at your age and level to come to the state. So, we are grateful.

“We really thank God for your life and pray that you live long. On behalf of the people of the state, we say thank you.”

One thought on “Obasanjo Pay Condolence To Makinde Over Demise Of Soun Of Ogbomoso, Olubadan”