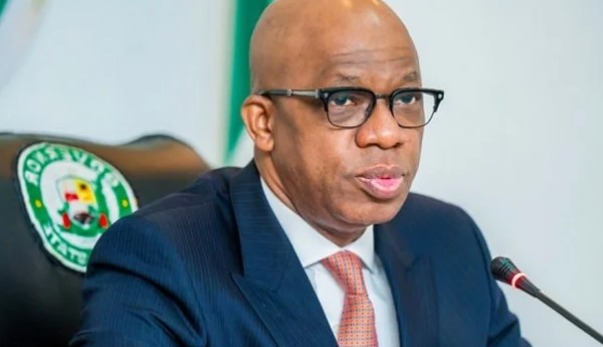 Abiodun, also ordered the released of 40 inmates as part of activities commemorating the 2022 Democracy Day.

The Governor made the pronouncement while speaking at the June 12 commemorative anniversary and Nigeria’s Democracy Day, held at the M.K.O International Stadium, Abeokuta, Ogun state capital.

He explained that lessening the death penalty to life imprisonment and release of the convicted inmates is in accordance with the provisions of Sections 212 (1) and (2) of the Constitution of the Federal Republic of Nigeria, 1999, (as amended) and Sections 4 and 5 of the Ogun State Advisory Council on Prerogative of Mercy (Establishment Law), Laws of Ogun State 2006.

Abiodun, who called on Nigerians to draw strength from the 1993 general election and make the 2023 exercise even better, equally advocated stringent punishment for violators of due process in elections, declaring that people’s ballots must count and be respected in 2023.

The Governor noted that the struggles of June 12 as orchestrated by late MKO Abiola gave birth to the seamless democracy Nigeria has enjoyed in the last 29 years, emphasising that “only by upholding the tenets of democracy and ensuring its sustainability that we can truly honour the memory of those ideals that Chief MKO Abiola and others stood and died for”.

While saying that the process to a free, fair and credible election begins, among other things, with voters’ participation in the registration exercise, Abiodun stressed that for the 2023 general elections to be a huge success, every eligible Nigerian must register to vote and actually take part in voting on the day of election.

“While it is heart-warming to note that in the last 29 years, we have enjoyed seamless civilian-to-civilian transition, it is only by upholding the tenets of democracy and ensuring its sustainability that we can truly honour the memory of those ideals that Chief MKO Abiola and others stood and died for.