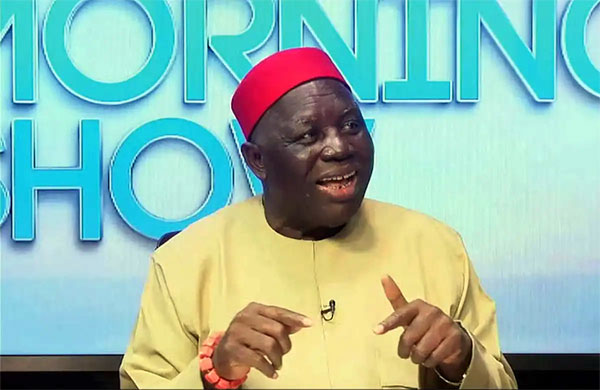 The youth wing of the apex Igbo socio-cultural organization, Ohanaeze Ndigbo has applauded the Enugu State House of Assembly for courageously passing the anti-grazing law.

The Bill was passed by the lawmakers during plenary on Thursday, September 2; after it scaled through the third reading.

The applaud was contained in a statement issued by the Ohanaeze President-General, Mazi Okwu Nnabuike, saying that the lawmakers had won the hearts of the people.

According to the Ohanaeze, leadership was all about listening to the voice of the people and that the state lawmakers had shown themselves to be true representatives of the masses.

“We are delighted with this big September gift from the Enugu State House of Assembly. The passage of this bill just at the exact time of the September deadline given by the Southern Governors is an indication that we have credible men and women in that parliament.

“The entire Igbo youths are saluting their courage, their boldness, and forthrightness in handling that very critical assignment. They have written their names in history books; and posterity will judge them fairly,” he said.

Okwu also praised Governor Ifeanyi Ugwuanyi over the passage of the Bill, stressing that “we have in His Excellency a Governor that is a man of the people. He has scored another great goal; and for that reason, the entire youths and residents of Enugu State are with him.

“We assure him of our unflinching support to his administration.”

Also, the Ohanaeze cautioned Governor Hope Uzodinma of Imo State to stop playing politics with the lives of people.

The group said, “any further life lost in the hands of marauding herdsmen in Imo State will be required from his hand. Imo State is part of Southern Nigeria; Imo State is an Igbo State; and they can’t operate in isolation simply because of political exigency.

“No political ambition or office should be equated with human life. Ndigbo has suffered enough in the hands of the killer herdsmen; and the time to end it is now.”