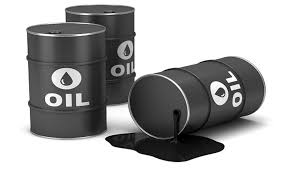 Oil prices dipped further on Wednesday as rising output and U.S. sanction waivers that allow Iran’s biggest buyers to keep taking its crude reinforced the outlook for a well-supplied market.

Brent and WTI have slumped by 17.4 and 19.7 percent from recent peaks touched in early October.

U.S. bank J.P. Morgan said the “sell-off in oil was due to excessive crude” from rising production “whilst Iranian supply was still in the market.”

Washington re-imposed sanctions against Iran’s oil exports on Monday but granted waivers to its biggest customers, allowing them limited imports for the next 180 days.

Refinitiv Eikon data showed Iranian crude exports have fallen to 1 million barrels per day (bpd) so far in November, down from around 3 million bpd in mid-2018.

But Iran supply is expected to rise after November as waivers are used to start ordering more Iranian oil.

“Waivers are likely to be more extensive than the market expected,” energy consultancy FGE said, estimating that waivers overall would allow 1.2 to 1.7 million bpd of exports.

Meanwhile, a flotilla of supertankers carrying around 9 million barrels of Iranian oil worth about $650 million is sitting outside China’s Dalian port.

Most ships arrived in the last 30 days, shipping data showed, as Iran tried to get as much crude as possible into markets before the sanctions took effect.

“With the waivers, prices can be managed in the $70-$80 per barrel range, with the upside at around $85 per barrel and the downside limited to $65 per barrel,” FGE said

Output from the world’s top-three producers Russia, the United States and Saudi Arabia , broke through 33 million bpd for the first time in October. These three countries now meet more than a third of global consumption.

Iraq, second-largest producer in the Organization of the Petroleum Exporting Countries (OPEC), plans to raise output to 5 million bpd in 2019, from 4.6 million bpd currently.

Eyeing the wave of new supply, Morgan Stanley lowered its year-end and first-half 2019 Brent price forecast from $85 per barrel to $77.50.

Despite the well-supplied market, J.P. Morgan still warned “the risk to supply remains very high” due to geopolitical risk and a “lack of spare capacity.”

Part of this risk comes from Venezuela, where crude production is in “free-fall” and could soon drop below 1 million bpd, the International Energy Agency’s Executive Director Fatih Birol,  said on Tuesday, down from the more than 2 million bpd it averaged last year.

He said he expects such stability to continue until the end of the year.

Rashidi told reporters in Kuwait City that the upcoming OPEC meeting next month will look at whether the oil market needs more crude and if there is a build up in inventories.

OPEC and its allies are set to meet in Vienna on December 6-7 to decide their oil supply policy and agree a long-term mechanism to manage the market beyond 2018.